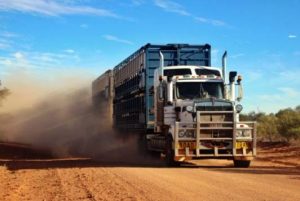 COSTLY cross-loading of sheep and cattle at South Australia’s border with Western Australia has ended with 27.5 metre B-double livestock trucks being allowed entry to the SA Livestock Exchange at Dublin.

Previously B-double livestock carriers could only operate 26-metre vehicles under the Livestock Carrier Notice in South Australia which required cross loading of up to 650 head of sheep per truck on the SA-WA border.

Travel is now permitted for 27.5 metre long B-double combinations on the PBS Level 3A network, from the border to Dublin, via the Eyre Highway, Victoria Parade (Port Augusta), Augusta Highway, Port Wakefield Highway and Carslake Road in Dublin.

“We spoke extensively to the operators in South Australia and Western Australia and agreed these livestock trucks could operate safely, and deliver the benefits for this important heavy vehicle sector.

“This shows the benefits of the NHVR working closely with state governments and responding to the needs of industry groups and operators to deliver consistent cross-borders operating conditions,” he said.

Livestock and Rural Transporters Association SA president David Smith said end of cross loading at the border could save up to three hours.

“This was something we were keen to see happen, particularly due to the benefits it brings for animal welfare.

“I’ve done the trip myself to cross load and it’s a difficult situation, transferring livestock alongside the highway,” Mr Smith said.

“This amendment gives transporters the opportunity to organise their cross-border trips differently by taking advantage of the flexibility being offered.

“This is a good example of jurisdictions working together to achieve positive results for industry,” Mr Marley said.