WAFarmers has affirmed its support for the Australian Live Export Council (ALEC) and endorses Sheep Producers Australia (SPA) positions on the continued monitoring and review of Northern Summer Prohibition periods. 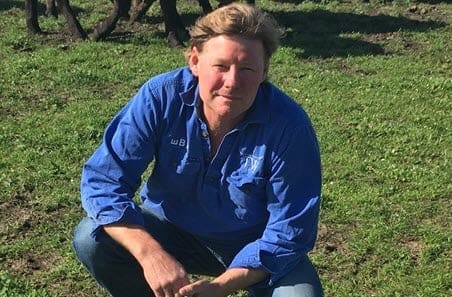 WAFarmers Livestock Council president Geoff Pearson said livestock producers and exporters are united in their goal of working cooperatively with the Federal Government to provide long-term certainty for the live export industry and for upholding Australia’s reputation as a reliable trading partner with exemplary animal welfare practices.

“Animal welfare is our highest priority and has been for many years.

“However, it must be recognised that due to the massive complexities of developing and using scientifically sound animal welfare indicators across a range of animal types on-board ships of varying structures, further time and trials are needed to implement and test these measures.”

Against this background, Mr Pearson said WAFarmers commended this week’s announcement of government support for future traceability investment that will hopefully provide improved data to monitor and demonstrate high animal welfare practices in the sector.

“In the strongest possible terms, WAFarmers does not support any regulatory imposition that compromises Western Australian primary producers, their livestock and the future viability of the sheep live export trade.

“It is for these reasons that WAFarmers will continue to support the industry in further data collection and analysis, to support reliable shipping windows.

“It is WAFarmers’ view that industry requires adequate timeframes to prove the measures set out by the regulator are achievable and viable, this includes ongoing data collation and aggregation of shipping stems in combination with on-board reporting under the current agreement.”

ALEC CEO Mark Harvey-Sutton said the livestock export industry has shown during the COVID-19 pandemic that it is one of the most resilient industries in the country, and had continued to operate near unfettered through this period. “I have every confidence that the live sheep export industry has a prosperous and sustainable future, particularly given its outstanding performance on animal welfare over the last few years,” he said.

“The viability and sustainability of the sector, however, relies on our reputation as a reliable trader of high quality livestock to meet the food security needs of our trading partners in the Middle East.

“It is becoming increasingly clear that we have to work harder to maintain this reputation in order to maintain market share in the face of rising competition from Africa, South America and Europe – countries that do not have similar animal welfare safeguards.

“To do this we must take every opportunity to maximise shipping opportunities when it is safe do so from an animal welfare perspective.”

Mr Harvey-Sutton said it was clear the industry and its regulatory framework had undergone significant change over the past three years.

The moratorium on live sheep exports to the Middle East during the northern hemisphere summer months was only one component of this, he said.

“As a result, data collected prior to 2018 on mortalities and animal welfare outcomes is outdated and is not a valid basis for comparison. This review should be considered a productive process to ensure we have the settings right.

“DAWE’s own draft report recognises that there are periods within the current prohibition period that shipping can occur safely and that risks can be managed through other means.

“Statements that the industry is seeking to recklessly walk back the prohibition to the detriment of animal welfare are alarmist and simply untrue.

“Industry is seeking a cautious and measured approach that will allow evidence and data about when shipping is possible. We will only act on opportunities if is supported by evidence and in constant communication with the regulator.”

Given the lack of voyage performance data during the moratorium months, he said ALEC is proposing a process which would allow voyage data to be gathered over the next two northern summer periods, during times that it deemed appropriate to do so, which would inform an ongoing review of the voyage arrangements.

“Industry instigated the initial moratorium period and we remain steadfast in our the view that shipping should not occur when it is not safe to do so.

“However, we would be doing both our trading partners and Australian sheep producers a disservice if we do not ensure prohibition timeframes are proportionate to risk, based on evidence and science.

“The live sheep export industry is incredibly important to producers and regional communities.

“A moratorium is a very blunt instrument and is the most costly way to manage animal welfare – these costs are ultimately all shared by our trading partners, sheep producers and exporters. It should be used as a last resort and only during the periods of greatest risk, as determined by robust evidence and sound science.”

In a written statement to media, to animal rights group PETA described the Australian government’s review of the regulatory standards for live sheep exports to and through the Middle East “as a joke”.

“While thousands of animals are at sea bound for a fate worse than death, the government is pushing papers around. Australians know that continually reviewing a practice infamous for its cruelty is meaningless, so it’s time to speak the only language this industry recognises: money.

“When we buy leather, eat meat, or wear wool, we subsidise the live-export industry. The government has proved time and time again that it won’t take action to protect animals, so it’s time for compassionate Australians to step up.”