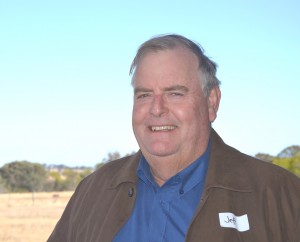 Western Australia’s peak agricultural lobby group, WAFarmers, has come out in support of live exporters defending their industry against the latest animal rights campaign to ban the trade.

Animals Australia recently launched an online funding campaign to ban the live animal export industry, supported by bus and billboard advertisements suggesting the trade is a “crime against animals”.

The animal rights group is seeking online donations to a Live Export Fighting Fund to finance what it is calling the biggest live export campaign in history. It claims animals are suffering despite legal complaints and that it had consistently exposed live exporters for cruelty.

The industry was striving for “zero harm”, while accepting a responsibility to improve its animal welfare practices, Ms Penfold said.

WAFarmers meat section president Jeff Murray said the sheep industry is an integral part of the Australian economy and a fundamental part of that is animal welfare.

“The welfare of livestock is central to the practices of all farmers in the sector – without strong animal welfare, farmers don’t have a livelihood,” Mr Murray said.

“We have an ongoing staff training program in the country of destination, to ensure the highest welfare standards,” Mr Murray said.

“Banning the live export trade would have a serious negative impact on a billion dollar industry and the livelihood of thousands of people,” Mr Murray said.

“Furthermore, it would not improve animal welfare.

“Australian markets would go to exporters who don’t invest in welfare, train their staff or consider the health and welfare needs of their livestock.”