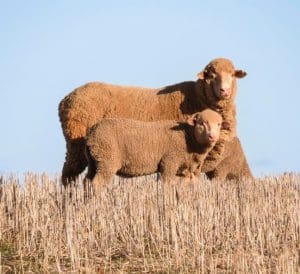 WESTERN Australia’s lamb production could have reduced by between 4-7 percent this year, a statewide survey has indicated.

The Department of Primary Industries and Regional Development’s 2018 WA Lambing Survey has shown an overall reduction in lamb produced among respondents of 4-7pc on 2017 results.

DPIRD is undertaking comprehensive flock modelling in order to predict the impact of various scenarios that may arise due to reductions in live sheep exports on the WA flock structure and turn-off.

The modelling will investigate changes in; an increase in the proportion of wethers against breeding ewes from 7pc to 15pc; changing the mating type of ewes from 60pc to Merino sires and 40pc to meat sires to 50:50 or 65:35 to determine the impact on lamb slaughter, wool production and whole flock size over the next five to ten years. The modelling is expected to be complete in autumn next year.

The special short survey was completed by 178 producers representing 660,000 ewes, from across the agricultural region. The majority of survey respondents mated Merinos to Merinos (71pc), which achieved a marking rate of 91pc, representing a slight decline from 2017 levels in the cereals-sheep zone (CSZ) to 92pc and in the medium rainfall zone (MRZ) to 90pc.

Twenty two percent of survey respondents produced crossbred lambs, which achieved an average marking rate of 89pc, with CSZ rates of 97pc, significantly higher than the MRZ figure of 88pc.

The department said the minor reduction in lamb production across the state this year defied expectations of a significant drop as a result of challenging seasonal conditions.

“With a delayed start to the season and low winter rainfall, particularly on the south coast, overall lambing rates were expected to be much lower than they were,” she said.

“While the season made nutrition management challenging and many suffered poor lambing conditions, most producers achieved an excellent result.”

“Although it’s been a difficult season, the results show producers have been actively managing their flocks’ feed requirements according to conditions.

“Producers have an increased understanding that sheep performance all comes back to nutrition, with department research showing feeding lambing ewes early at sufficient rates produced better lamb survival rates and progeny performance results throughout the life of an animal,” she said.

“We received feedback from producers who purchased feed reserves and started feeding ewes early at sufficient rates that achieved lambing rates well above the district averages, many more than 120pc.

“For one farmer, that represented an extra 700 lambs, which translated into an additional $100,000 in livestock trading and more than covered the extra feed cost,” she said.

With good returns for sheep and wool at the moment, Ms Curnow said producers should think carefully about selling down young breeding stock – especially if the demand for ewes increases over summer.

“While prices for ewes could increase significantly, it is important for producers to assess the impact selling breeding stock will have on their own flock’s current and future profitability if the replacement flock is reduced,” she said.

“Producers will need to compare the benefit from selling off ewes against the future flock requirements.”

The department continues to encourage sheep producers to optimise their lambing rates and build feed budgeting skills through its support of the Lifetime Ewe Management (LTEM) course. A range of technical resources to aid flock management over summer-autumn have been harnessed on its Season 2018-19 webpage, while its free Lambing Planner app is a useful tool that allows producers to calculate key milestones in the reproductive year, based on lambing and joining dates.

The 2018 WA Lambing Survey, details about LTEM and the department’s sheep initiatives are available at agric.wa.gov.au, along with the latest Live Sheep Export Industry Update.