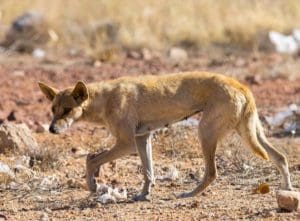 MORE than $4 million has been allocated to Western Australian pastoral fencing projects aimed at boosting sheep and goat numbers in rangeland areas.

The pastoralists claim the fencing projects will enable them to lift small stock numbers to more than 400,000 – a more than 20-fold increase.

The program, co-funded by the State and Federal governments, supports pastoralists’ efforts to build cell fences in the rangelands to help protect sheep and goats.

The successful applicants are required to contribute a minimum of half of the cost of fence construction and will commit to ongoing fence maintenance and wild dog management within the cell.

WA Agriculture and Food Minister Alannah MacTiernan said keeping wild dogs at bay with exclusion fencing will help to re-establish sheep and goat numbers and return to a more financially and ecologically sustainable position in the rangelands.

“Grants through the Rangelands Cell Fencing Program will provide support to pastoralists who are spread throughout the southern rangelands, from the southern Gascoyne and Murchison to Kalgoorlie, to help reinvigorate our pastoral lands and drive jobs growth across the regions.

“This project shows the benefit of a strong collaboration between industry and State and Federal governments,” she said.

The funded sites vary in size and location, and pastoral groups will report back to industry and the Department of Primary Industries and Regional Development on building and maintaining the fence, and stock numbers and wild dog control.

Industry will use these reports to assess whether cell fencing is a suitable economic approach to protecting and renewing small livestock enterprises and delivering a sustained benefit to industry and regional communities in Western Australia.

More than 1500 kilometres of fencing will completed with the grants announced.

Click here to see a map of the rangeland fence cells proposed.