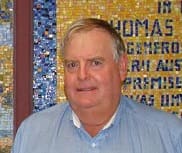 Western Australian farmer Jeff Murray has decided he will stand for the top sheepmeat producer position in November.

Although a Sheepmeat Council of Australia spokesman said no-one had indicated their intention to stand for the presidency, Mr Murray said yesterday he would stand.

The WA farmer indicated he was already re-arranging his affairs at home to make room for the added responsibilities of leading the nation’s mutton and lamb producers.

“At the AGM we will elect a new president for the next 12 months.

“The president is able to serve a maximum three-year term,” the SCA spokesman said.

Nominations for SCA president, vice-president and treasurer can be received right up until the day of the meeting. All SCA councillors are able to nominate for these positions, he said.

“At the moment, SCA is awaiting the nominations from each of our State Farming Organisation members about their elected representative on SCA. Nominations close on October 10, 2014.”

Mr Murray said he had not formally nominated for the SCA presidency, but had made his intentions known to the SCA council and was unaware of any other potential nominees.

“It is a tough job and it requires a lot of time, which a lot of our farmers haven’t got – we’re time poor really.

“I have gone more to cropping with a sharefarmer to try to facilitate this job that I’m looking at doing.”

The 64-year-old and his wife Wendy live at Beverley in WA’s Avon Valley, where they run 600-1000 ewes for over-the-hook prime lamb production on 900 hectares. They also own another 800 hectares of cropping country in the south-east.

Mr Murray said he was standing for the SCA presidency because he had “done all the hard yards over the years” and had a good working knowledge of the sheep industry.

“I’m sure I can contribute to the greater good of our great industry.”

If elected, Mr Murray said his priorities would include working on the Meat Industry Strategic Plan being overseen by the Red Meat Advisory Council and with the new Sheep CRC.

One of the biggest issues facing the WA industry, and probably Australia generally, was low sheep numbers, he said.

“We’ve got strong demand for live exports and boxed chilled and frozen product right around the world.

“So we’ve really got a great opportunity to grow the industry.”

On the issue of the Senate inquiry into agricultural levies, Mr Murray said sheepmeat industry has not had any real problems with the current levy system.

“We’re pretty happy with it currently, though that’s not to say there is not room for improvement or review, for a moment.

“But we don’t want to become collateral damage to the beef industry around it, that’s our main thing I think,” he said.

“Biosecurity is the big elephant in the room at this stage, as governments back away from biosecurity issues farmers are being left to carry more of the role.

“Farmers have got to look after themselves really in a lot of these areas now, whereas the government did it in the past,” Mr Murray said.

“One of the things I would like to see is farmers using animal health statements on a regular basis, that would certainly help that a lot, I believe.”

“If all the states could get on the same page with the mob-based system, I reckon we could use that without going to electronic tags at this stage.”

Mr Murray has been the Western Australian Farmers Federation meat section president for about seven years, but believes he would relinquish this role to “spread the work load a bit”, if he was successful in the SCA election.