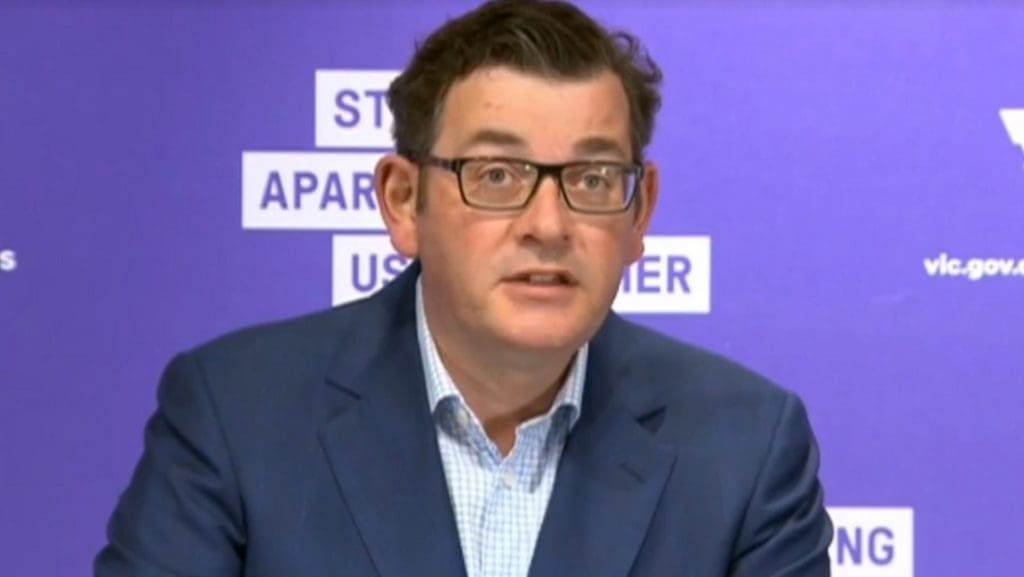 VICTORIAN Premier Daniel today said he couldn’t confirm any announcements would be made this Sunday on the easing of COVID-19 workforce restrictions on meat processors.

The Premier has flagged further announcements this Sunday on the easing of some restrictions as the rolling 14-day case averages for regional and metropolitan Melbourne continue to fall.

At his daily media conference today, the Premier reported the state had 12 new cases and the rolling 14-day average to 23 September was 26.7 for metropolitan Melbourne and 1.1 for regional Victoria.

However, although the Premier said the “ultimate fix” to the drop in JobKeeper payments from Monday was to get COVID-19 case numbers down, businesses open and workers into their jobs, he said he couldn’t confirm he would be announcing changes to enable meat processors to have more workers on site.

He said there are a number of industries, including meat processing, supermarkets and distribution centres, cool stores and construction, that are not working at 100 percent of workforce levels.

“So all of those matters are being actively looked at and when I’m ready to make an announcement about that I will, but we are certainly talking to all of those players.”

The Premier agreed with a reporter at the media conference that he had acknowledged in August that September was “very tough time” for processors because of the Spring lamb flush or turn-off.

“It is an industry I know and understand well, it’s an industry we are absolutely engaged with and we are …. be in no doubt we understand that as we get further into Spring it gets more and more challenging for them to continue to operate at that level,” Mr Andrews said.

“And that’s why we are working hard to try and get those levels up and we are having very detailed discussions with them.”

Mr Andrews said the processors would get “as much notice as we can give them” on any change to the restrictions. Businesses in the high-risk industry group have been given “a series of options,” he said.

“So they are essentially thinking and planning against each of those options and they fully appreciate that until we get the most complete data set, we won’t be able to tell which if those options we are going to be able to approve them for.

“But as best you can, I think they are well-advanced in their planning,” he said.

“I know what they want, I’m not for a moment quibbling with that, I know why they want it, and we are working hard to see if we safely give it to them.”

The Premier on September 17 said he was confident that the risks associated with meat processors were “as managed, as mitigated, as we possibly can”, and he recognised that there had been “a real step change in terms of the amount of virus that is getting in there, and I want to congratulate everybody involved in that.”

Sheep Central has been told regional red meat processors are hoping they might be able to operate under new conditions from next week, provided the daily case numbers and rolling 14-day average continue to fall.

Most of the larger regional meat processors, unless under an animal welfare exemption, are working at about 67pc of their workforce levels, and the State Government’s roadmap for re-opening indicates that the sector’s ‘heavily restricted’ status would not change – from third step to last step — until there are no new cases for 14 days statewide.