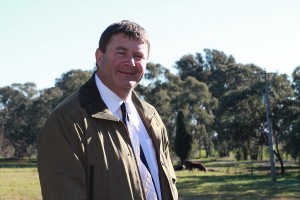 VICTORIAN sheep and cattle producers have been warned to maintain animal welfare standards or risk large fines and bans on owning livestock.

The state’s Chief Veterinary Officer Dr Charles Milne today advised producers to plan for a potentially dry season and said those who did not manage their livestock in accordance with seasonal conditions would be held accountable.

“Safeguarding animal welfare is a responsibility that I take very seriously and is in line with the stated policy of this government,” he said.

Dr Milne is the Victorian Government’s lead officer responsible for animal health and welfare. He works with a team of regionally based veterinary and animal health officers to respond to reports of alleged animal welfare issues relating to livestock.

The CVO’s warning comes after a recent case in which a producer’s animals were seized and the producer was convicted of animal welfare offences, fined $20,000 and banned from owning cattle for 10 years.

“We use all the powers at our disposal to prevent animal suffering, including the seizure of animals and, whilst this action is a last resort, these powers have been exercised on a number of occasions,” Dr Milne said.

“We have recently prosecuted producers whom have failed to heed the advice of our offices to prevent animal suffering.”

For more information go to http://agriculture.vic.gov.au/agriculture/animal-health-and-welfare/animal-welfare/reporting-animal-cruelty.