VIC farm up for at least $16m, with $2m wind farm premium 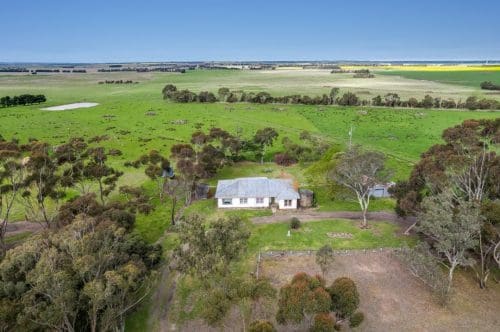 Mingay Farm in Victoria’s western district is on the market ahead of the construction of 10 wind turbines next year. Photo: HR Richardson Livestock and Property

A MIXED farming property in Victoria’s Western District has been put on the market, with the long-term income from 10 proposed wind turbines attached to the asking price.

Mingay Farm is part of the $3 billion Golden Plains wind farm project, which is expecting to build more than 200 turbines across more than 35 properties in the western district. Construction of the 10 turbines is expected to start next year.

Selling agent Ken McDonald, from HR Richardson Livestock and Property said the details of the agreement between the landholder and the energy developer were confidential – but he was expecting to turbines to attract a $2 million premium. He said the farmland was worth about $15 million.

“We have come about that by considering the 25-year lease, bringing it back to a net present value and then seeing if it is fair enough to pay what we are suggesting,” Mr McDonald said.

“But it is very handy to have a big cheque coming in before harvest that isn’t dependent season and other aspects like that.” 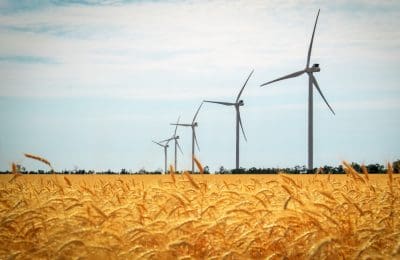 Mr McDonald said wind farming had been generating plenty of discussion in the area, with developments like Golden Plains going ahead.

“It has been a polarising at times, they keep making the towers bigger – the early ones were 130-140 metres high; these ones are more than 200 metres high,” he said.

“There are some objectors of renewable energy and some who are for it. I think the main criteria for most farmers who make it work is that they are not living underneath them, which is the case with this property.

“We have had a mix of people with pure farming interest and people who are looking for an agricultural asset who need to make the numbers stack up and have an environmental slant.”

The 751-hectare property, which located less than two hours from Melbourne, is primarily used for cropping and livestock, with a carrying capacity of 5,500 DSE (dry sheep equivalents) and is complemented by a reliable annual rainfall of 580mm. 70-75 percent of the holding is considered arable with scope for further clearing.