THE tough week for auction sales was reflected in the range of prices paid on the forward market.

All forward trading activity was centred around the Spring and early Summer.

Merino qualities lost 50 to 70 cents across the two sale days this week. The 19 micron Micron Price Guide at auction closed on Wednesday at 1083c/kg clean.

The trading on the forward ranged from 1130 cents early in the week to last trade yesterday at 1070 cents. A similar pattern was seen in the 21 micron MPG. The spot auction closed at 1007 cents.

Trade ranged from a high last Friday of 1070 cents to close yesterday for September and October maturities at 990 cents.

With demand lacklustre and volatility still high, exporters are looking to cover the limited forward sales and keep a balanced a position as possible.

Pleasingly, interest has returned on the bid side post-Christmas, once again flattening the curve. Bidding in January through to March is now sitting at around 20 cents under cash.

Considering both the 19 and 21 micron indices have lost 200 cents or 17-20 percent over the first two weeks of the new season, hedging opportunities at this level for the New Year could be prudent.

From a technical perspective, the current levels have fallen to the bottom 10pc of price levels for the last ten years for all Merino qualities. 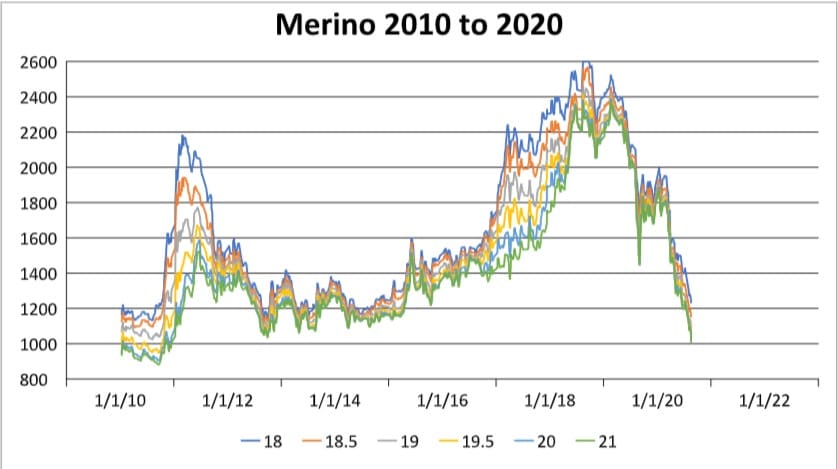 The current global landscape probably requires us to also take a wider view. The following charts look at the market from a 25-year and 40-year perspective.

The 25-year chart us currently poised to break though or bounce off support that has held for the last decade.

The 40-year chart takes in other “black swan” events such as fall of the Berlin Wall and the Asia crisis. 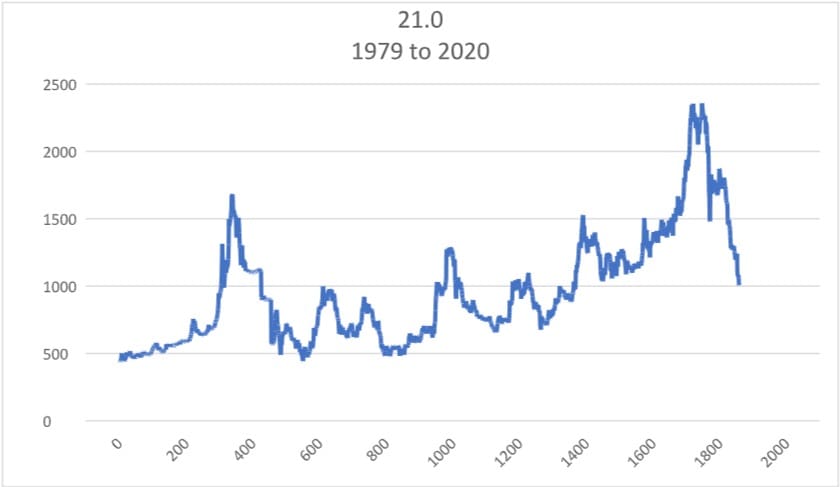