Surge in online activity across the bush

FROM the bush to the big capital cities, more and more Australians are going online, and they are using the internet much more intensively, the Australian Communications and Media Authority says.

Key findings from the Authority’s research snapshot, “Regional Australia in the Digital Economy”, released this week include: 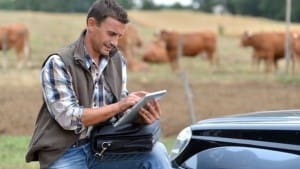 Across all regions, Australians are diversifying their online activities to include email, news gathering, research, banking, entertainment, blogging and social networking, ACMA says.

They are also becoming more intensive users of the internet. Almost six in ten adult internet users in communities with less than 1000 people undertook five or more separate activities online during December 2013, compared to three in ten during December 2009.

While regional disparities in participation levels do exist, the gap is closing in some areas. Regional Australians are nearly as active on the internet as other Australians, reflecting the increasing importance of the internet and online service delivery in their daily lives.

Importantly, there has been a huge jump in the use of mobile phone internet services for the almost 40pc of Australians living outside the six biggest capital cities. In communities with less than 1000 people, one in three adults went online using their mobile phone during December 2013, compared to just one in 20, four years earlier.