Short tail length in lambs can lead to arthritis, fly strike and prolapse 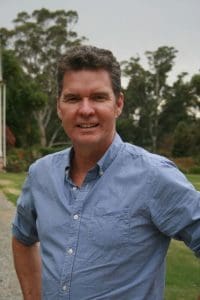 SHEEP with shorter tail lengths are at greater risk of developing arthritis, a Meat & Livestock Australia study has shown.

Arthritis costs the sheep industry around $39 million each year through slow growth rates, deaths and trimming at the abattoirs.

Livestock Biosecurity Network’s regional manager for Victoria and South Australia, Dr Pat Kluver, said while there has been plenty of reason to cut tails the correct length before now, this new study has given more reason to get it right.

“The recommendation for tail length is the third palpable joint of the tail which is about the length that just covers the vulva in ewes.

“There are a number of problems seen with docking tails too short, including increased risk of fly strike, prolapsed rectums and skin cancer of the vulva.”

Sheep with short tails are 2-3 times more likely to be affected by breech strike, due to their inability to raise the tail properly while defecating, he said.

“As well, rectal prolapse is seen in lambs with short tails at around four times the level we see in tails docked at the recommended length.

“If tails are cut short enough to expose the bare areas of the vulva this can lead to an increase in skin cancer in older ewes.”

Dr Kluver said short docked tails can result in a larger wound, slower healing and a higher level of infection. Arthritis is caused by bacteria entering the body usually through a wound and lodging in the joint.

He said about 20 percent of sheep in the study had tails shorter than the recommended tail length and in these sheep, the risk of arthritis was 1.5 times that of sheep with correctly docked tails.

“This means if you stop docking tails short you’ll reduce the level of arthritis by around a third in your lambs.

“Docking tails short accounts for around 10pc of arthritis cases in the overall population, so if we eliminate this practice it would result in savings to the industry of around $3.9 million annually.”

Arthritis affects sheep on farm can also lead to poor growth, mortalities and unmarketable sheep which cannot be finished or trucked for welfare reasons, Dr Kluver said. Antibiotics can be used to treat cases if diagnosed early.

“At the abattoir, legs are trimmed to the next clean joint, resulting in an average loss of 750 gms per carcase with the occasional whole carcase condemned if more than four joints are affected.

“As well as marking and mulesing, there are a number of causes of arthritis including post dipping arthritis caused by poor dip hygiene and dipping within two weeks of shearing before wounds have healed.”