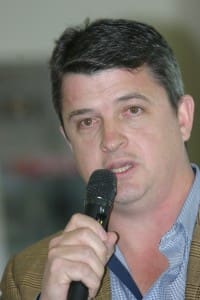 Editor’s note: Please disregard the email alert headline attached to the link to this story. The accurate headline appears on this website version.

AUSTRALIA’S Federal Government risked escalating its agricultural trade issues with China into wool and sheep meat if they were not handled diplomatically, a wool exporter said today.

Endeavour Wool Exports trading manager Josh Lamb said he believed the way the current beef processor bans and barley tariff issues with China were being handled by the government risked escalating the dispute into wool and sheep meat.

There has been wide Federal Government and political comment on China’s decisions to blacklist four major beef exporters due to labelling violations and to impose tariffs on Australian barley imports amid refuted dumping claims.

This has included suggestions China’s actions were linked to Prime Minister Scott Morrison’s support for an independent global investigation of the COVID-19 pandemic and disclosures on the level of communication between the nation’s trade and agriculture leaders with their Chinese counterparts.

Mr Lamb has for decades been involved with trading with state-owned businesses in China, which is currently the destination for almost all Australia’s wool for processing during the COVID-19 pandemic.

China for many years has been the destination for more than 75pc of Australia’s wool for processing into garments for Chinese and global markets, but this exposure has increased to almost all of the domestic clip as the COVID-19 pandemic disrupted European, US and Indian industry supply chains.

Mr Lamb said Australia has a $3 billion wool industry, “of which 75pc of that is going to China”.

“And when Canberra comes out and says it is OK we will find other markets for these products, what do they think we’ve been doing for the last 30 years,” he said.

“If other volume markets were out there, we would be sending the wool there,” he said.

Mr Lamb said China is usually a bulk buyer of commodities and inevitably purchases at the lowest price for that reason.

“If we could find other destinations to sell wool to spread our risk, we would be doing it.”

Mr Lamb believes Australia’s politicians should be sorting out the nation’s trade differences diplomatically rather than through the media or in sympathy with anti-China sentiment.

“I would like to see diplomats sorting it out in the background government-to-government, rather than having politicians on the front page of the paper riding the wave of public sentiment, with no real substantial claims behind it.

“We should be able to ask questions of China, as they can of Australia, but playing it out on the front pages of papers is not the way to do it,” he said.

“What the government doesn’t seem to understand is that it is alright for them to say that this product or commodity is only a small percentage of the economy, it’s not big impact.

“But at the ground level, it could be a massive impact to the people who businesses in that space, whether you are a barley grower, or a wool or meat exporter.”

Mr Lamb said at this stage there is no talk of wool sector involvement in the Australia-China agricultural trade differences.

“But in this environment you’ve got to assume that anything is possible, because of the macro situation.

“We could easily be collateral damage in that scenario and I don’t mean wool, I mean Australia, in general.”

Mr Lamb said over the last three months of the COVID-19 pandemic the demand for wool outside of China has been “somewhere between non-existent and miniscule,” with recent export figures indicating that close to 100pc of Australia’s wool was being exported to China.

“Although there are a few green shoots starting to appear out of Europe and India, those destinations for wool are a long way from being where they would be normally.”

Risk of escalation into wool and sheep meat – Hutchins 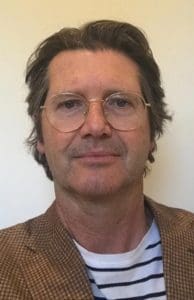 Independent wool trade and former sheep meat trader Grant Hutchins believed there was a risk that Australia’s current trade issues with China could escalate to other commodities. But the importance of Australia’s wool and sheep meat to the Chinese economy could insulate the sectors from any impacts, he said.

Mr Hutchins believed wool, sheep meat and iron ore were important “essential” industrial raw materials to China for transformation. Although finished consumer goods like wine and sheep meat were more vulnerable than raw materials such as iron ore and wool.

“So wool probably should be considered along the lines of iron ore.

“If they don’t buy iron ore, they can’t properly tool their steel works,” he said.

“If they don’t buy wool, they lose their supply line for the wool sector in their textile industry, so they would be kind of cutting off their nose to spite their face.”

Mr Hutchins said the China-Australia situation “would probably get worse before it gets better”, potentially escalating to other commodities.

“But I hope that industry and the farmers hold their nerve and cast their memories back to when we have a vibrant ag sector and China was only a small part of it.

“But the longer that it goes on, the more it damages China than Australia,” he said.

“I’m not concerned about that, whereas most people would be.

“I think it would be really damaging to China’s credibility if they took into wool.”

Mr Hutchins said Australia’s sheep meat prices have risen since China’s involvement, in a time of scarcity due to its meat protein supply being cut by the African Swine Fever outbreak.

“If they stop buying Australian sheep meat, well they can’t really buy it from anywhere else.

”With the swine fever so badly affecting their protein supply, although there has been massive pork exports from the US, again they would be cutting their nose off to spit their face,” he said.

He believed this protein supply situation could also insulate Australia’s sheep meat sector, although he did not suggest that China is dependent on Australia.

“If they really want to did their heels in and go without to make a big point, then they could do that, but then that would be a big step back from China being a global citizen.”

Mr Hutchins said Australia’s commercial ag interests are more concerned than farmers about the trade issues between the countries.

“So having the commercial interests at the forefront of the policy lobbying only gets us more dependent and on the hoof with China.

“So it would behoove Australian industry and Australian farmers to be prepared to sacrifice a little in the short-term to ensure the long-term sustainability of a balanced and respectable relationship with China is consolidated and I think that is what the politicians are trying to do,” he said.

“So there might be a little bit of sacrifice from both sides, but it is probably a conversation we had to have.”

Mr Hutchins believed the government was handling the issue correctly, but recognized he was in the minority among ag analysts with that view.

“I certainly don’t think we should cave to China, I they should maintain a respectful and assertive support for our interests.”

He suggested that if the situation escalated into wool, sheep meat or iron ore, and the Australian dollar falls, and China goes elsewhere, Australia would direct products to other markets where there was “maybe a more mutual and balanced relationship anyway.”

“We get a deeper and more diverse client base from a lower Aussie dollar, so I don’t think there is a lot for Australia to lose by asserting itself.”

He believed Australia’s politicians should be allowed to “slug it out” without interference from commercial interests.

“And let the Chinese industry fight for their interests with their government; let’s not have the Chinese commercial interests lean on the suppliers to bring to heel their people’s representatives being governed.”

WoolProducers Australia president Ed Storey said it was very clear that the barley and beef export matters with China were technical issues for those industries.

“I expect in due course they will get sorted out.”

Mr Storey said Australia has an excellent relationship with the Chinese wool processing sector and he expected that to continue. He said more than half of the wool that China imports comes from Australia.

He believe there was no risk that the current trade issues would extend into the wool sector.

Sheep Producers of Australia chief executive officer Stephen Crisp declined to comment on whether there was any concern of the Australia-China trade differences spreading to sheep meat or wool.