Elanco has entered into an agreement with Bayer AG in a transaction valued at US$7.6 billion (A11.45 bn) that would make it the world’s second largest animal health company.

The Australian Competition and Consumer Commission is seeking views on a divestment undertaking offered by Elanco that would require it to sell Bayer’s Drontal, Profender and Droncit worming brands, and the company’s Avenge+Fly sheep lice brand to a purchaser or purchasers approved by the regulator.

The ACCC has preliminary competition concerns in relation to the transaction’s consolidation of sheep lice products, and of worming treatments commonly used for cats and dogs. 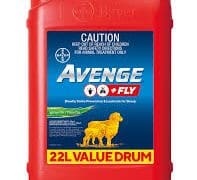 Elanco has said it will sell Bayer’s Avenge+Fly if it can buy Bayer AG.

ACCC deputy chair Mick Keogh said the release of the proposed divestment undertaking for public comment should not be interpreted as a signal that the ACCC will ultimately accept the undertaking and clear the transaction.

“We are following our usual practice of publicly consulting on a proposed divestment package.

“We are seeking feedback from industry participants on whether the divestment package will be sufficient to address any competition concerns arising from the proposed acquisition,” Mr Keogh said.

The ACCC is seeking views from market participants on whether the proposed undertaking would be likely to alleviate competition concerns in sheep lice treatments, and intestinal worming treatments for companion animals. Submission will be received until 10 June 2020.

In a letter to interested parties, the ACCC’s general manager of the mergers and authorisation review division Sharon Deano said The ACCC has has not yet formed a concluded view as to whether its competition concerns are capable of being addressed by the proposed undertaking or any other possible remedy. The commission has said it may require changes to the proposed undertaking depending on the nature and extent of any concerns raised during the market consultation process.

More information is available on the ACCC website here.