Sheep farmers: Have your say on misuse of market power 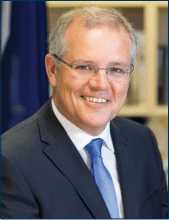 AUSTRALIAN farmers are being encouraged to have their say on strengthening legislation covering misuse of market power.

They have only until February 12 to comment on a discussion paper released by the Treasury today.

The discussion paper aims to reinvigorate the debate on the Harper Review’s proposals on competition policy and bring parties closer together on the misuse of market power provision (section 46) of the Competition and Consumer Act 2010 (CCA).

The paper outlines specific options to strengthen the misuse of market power law and the Federal Government would consider the outcome of this consultation in reaching a decision on the Harper Review’s recommendation to strengthen the misuse of market power provision. Treasurer Scott Morrison will submit a proposal for Cabinet consideration by the end of March 2016, at which time the Government will announce a final position.

Minister for Agriculture and Water Resources, Barnaby Joyce, today reminded producers to have their say on market power in the agriculture sector, and in particular the recommendation by the Harper Review Panel to amend Section 46 of the Competition and Consumer Act.

“Anti-competitive behaviour and misuse of market power was a core theme of feedback received from the majority of agricultural stakeholders as part of the Harper Review into Competition Policy.

“This government is committed to rectifying supply chain issues and fostering a competitive and transparent business sector so that all participants in the market place are treated fairly,” Mr Joyce said.

“The Harper Review Panel recommendation to amend Section 46, which relates to the misuse of market power, is an important element in achieving this.

“The Coalition Government is determined to get the design of these reforms right, and to that end the Treasurer has released a discussion paper on how the Review Panel’s recommendations could strengthen our approach to preventing misuse of market power in supply chains,” he said.

“On the back of the Harper Review Panel recommendation, I want any farmers who have experienced anti-competitive behaviour to share their ideas.

“Submissions close on February 12 and it’s important any measures introduced are informed by the experiences and ideas of people in the agriculture sector.”

Mr Joyce said there was widespread support to strengthen the current misuse of market power provisions in line with the Harper Review recommendation, including by the current ACCC chairman, Rod Sims, as well as the former chairman, Professor Allan Fels.

Farmers must nominate if confidentiality is required

Submissions may be lodged electronically or by post, but electronic lodgement is preferred. For accessibility reasons, responses sent via email are required in a Word or RTF format. An additional PDF version may also be submitted.

All information (including name and address details) contained in submissions will be made available to the public on the Treasury website unless respondents indicate they would like all or part of your submission to remain in confidence. Automatically generated confidentiality statements in emails do not suffice for this purpose. Respondents who would like part of their submission to remain in confidence should provide this information marked as such in a separate attachment.

Legal requirements, such as those imposed by the Freedom of Information Act 1982, may affect the confidentiality of your submission.

Written submissions should be addressed to:

To view the discussion paper and make a submission, visit treasury.gov.au.