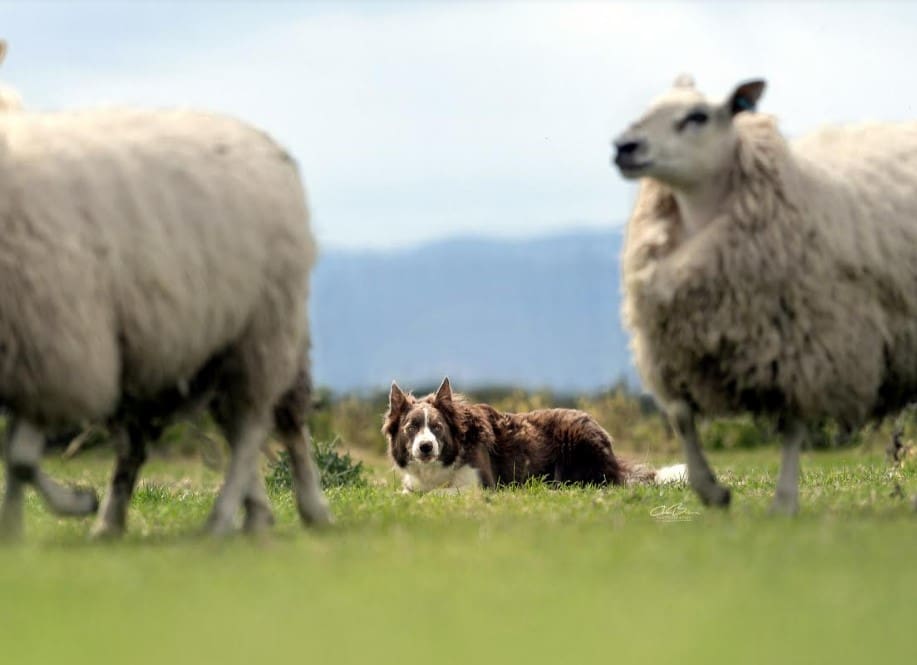 SCOTTISH shepherdess and television personality Emma Gray has sold the top priced dog in the latest Skipton Auction Mart online-only sale with her bitch making £5600 or A$9560.

In the 1 September sale, Emma, who farms with her family at Rothesay on the Isle of Bute, claimed top price with her part-broken March 2021 born lilac and white bitch, Pentir Dusti. The bitch is by Reiver Gray, out of Graylees Cêt, which has been owned and trained by Welshman Glynne Jones since being purchased from Emma as an eight-week-old pup in 2014 to foundation his Pentir Sheepdogs breeding programme.

Mr Jones, who farms near Bangor in Gwynedd, last year at Skipton sold Dusti’s full sister, Pentir Lassie, for £7600, which remains a world record price for an unbroken puppy just turned nine weeks-old, while in 2020 and again at Skipton Emma sold a fully broken bitch for a then-world record prize of £18,900.

Next best price was £4000 or A$6826 for a fully broken 20 month-old black and white dog, Spot, from Lancastrian Tony Birkett, of Carnforth. By Stan, bred by near neighbour James Burrows in Silverdale, the son of Ricky Hutchinson’s celebrated Sweep, out of Mr Birkett’s own Peg, Spot was sold to sheep farmers A.C. Bray & Sons, of Hepworth, and will be used as a work dog.

Back with the part-broken entries, from Wales, Sophie Holt, of Hendre Brynach, Brecon, made £2350 with a young November, 2021, tri-coloured dog, Myllin Tucker, by E Nilsson’s Frej, out of HJ Francis’ Mo. In Sophie’s hands since the age of eight weeks, Tucker returned to Wales with Beryl Lewis of Llandrrindod Wells, Powys.

There were joint top prices in the unbroken section of £1550. First up was another pup with unusual colouring, the April-born red, white and merle, bitch, Highills Lola, from another Welsh handler, Natalie Matthews in Gwent, which was sold to a buyer from the Netherlands, Melissa Beckerleg.