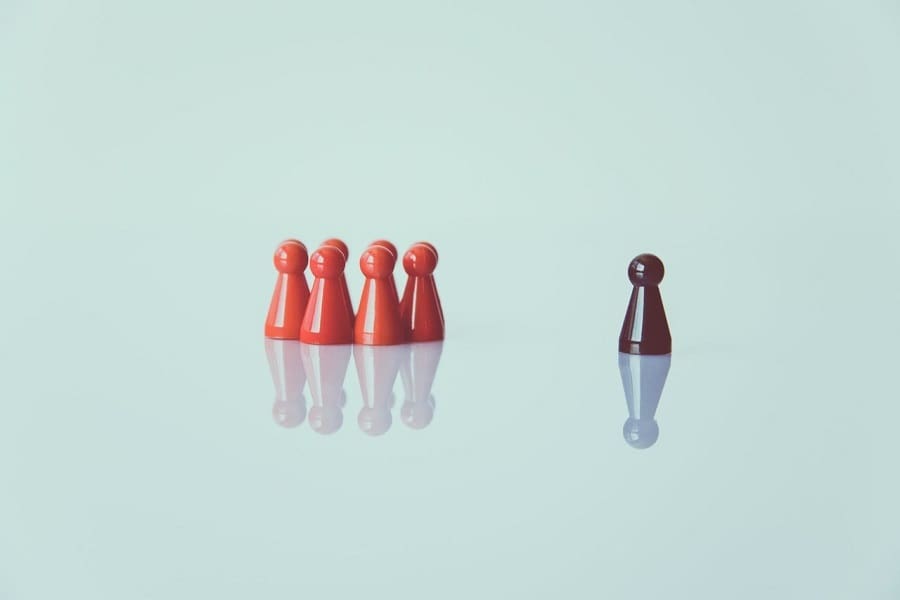 IF 90 percent of Australians adopt social distancing, the spread of COVID-19 could be controlled by July this year, a University of Sydney data study has found.

The study done by the Faculty of Engineering has revealed that social distancing must be adopted by at least 80pc of the Australian population to reduce the spread of COVID-19 in just over three months.

The research found that social distancing uptake of less than 70pc would be an unproductive measure and would not suppress the pandemic.

“If we want to control the spread of COVID-19 – rather than letting the disease control us – at least eighty percent of the Australian population must comply with strict social distancing measures for at least four months,” Professor Mikhail Prokopenko said.

“However, if ninety percent of the population complies, then the duration could be as short as thirteen to fourteen weeks – meaning if we began tomorrow we could expect a control of COVID-19 by July.

“Conversely, if less than seventy percent of the population is adopting social distancing measures, we cannot suppress the spread of the pandemic and any social distancing could be a fruitless effort,” he said.

“There is a clear trade off – stricter measures imposed earlier would reduce how long our lives are impacted by this disease. On the contrary, laxer protocols could mean a longer, more drawn out and ineffective struggle against COVID-19,” Professor Prokopenko said.

The research also found that for every day the stricter social distancing measures are delayed, society would need to endure several more days under a longer suppression policy.

“The longer we delay the peak, the more time our healthcare system has to prepare for it by accessing more resources such as ICU beds, ventilators, antivirals and trained health workers,”  Professor Prokopenko said.

The researchers also found that while school closures had the potential to compensate for ten percent of a lack of social distancing compliance, they only delayed the peak of the pandemic by two weeks.

They also found that school closures did not significantly reduce new cases for older adults, but slightly increased the fraction of new cases in children around the peak of the pandemic in Australia. 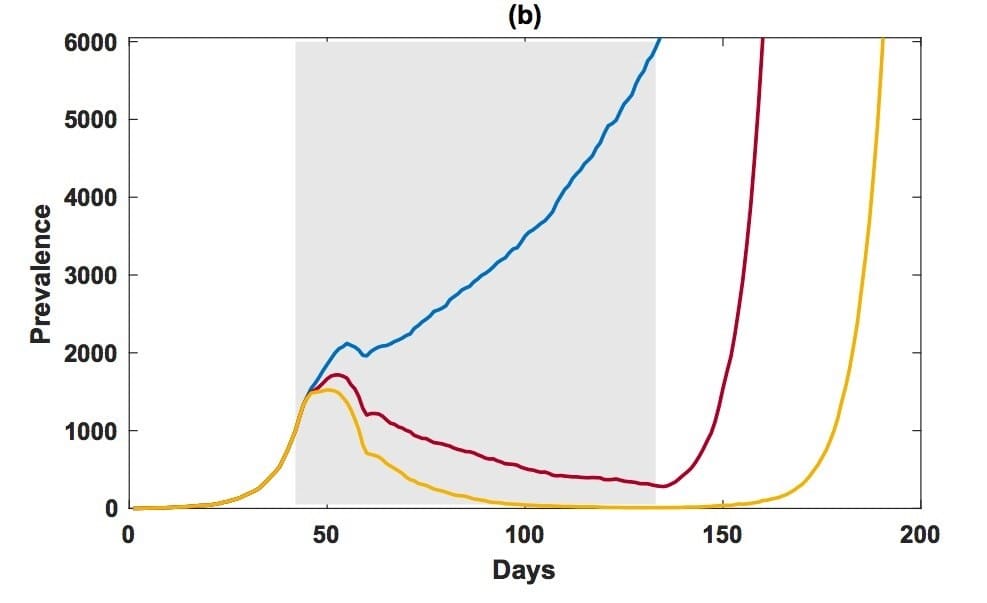 Fig 1. Strong compliance with social distancing (at 80pc – red line, and above, 90pc – yellow line) effectively controls the disease during the suppression period, while lower levels of compliance (at 70pc or less – blue line) do not succeed for any duration of the suppression. Credit: Professor Mikhail Prokopenko, University of Sydney.

Professor Prokopenko said the upward movement of coronavirus prevalence as shown by the graph’s 80pc uptake (red) line and the 90pc (yellow) line, just before and at 150 days, show the resurgence of the disease after the suppression is lifted.

“There are almost always remaining infectious cases – sporadic under 90pc compliance, or even in double-digits, under 80pc compliance.

“Even if assume that the high level of alertness in our health care will trace, isolate and treat these relatively small numbers, the infection may be re-introduced from overseas again and again,” he said.

“So we cannot talk about ‘containment’ anymore, only about ‘control’ of the disease.

“If there was a total lockdown (or near total), there wouldn’t be any steep rises, and the plots would look ‘pretty’, but that would be misleading.”

Professor Prokopenko believes a lockdown mode is impossible to achieve in Australia.

“So we opted to show the true potential of the disease to spring back.”

The AceMod simulator comprises more than 24 million software agents, each with attributes of an anonymous individual, such as age, gender, occupation, susceptibility and immunity to diseases. Contact rates within different social contexts, such as households, household clusters, local neighbourhoods, schools, classrooms and workplaces are also built into the program.

The set of generated agents captures average characteristics of the real population and is calibrated to 2016 Australian Census data with respect to key demographic statistics.

The interactions result in transmission of the disease from infectious to susceptible individuals: given the contact and transmission rates, the simulation computes and updates agents’ states over time, starting from initial infections, seeded in international airports around Australia

In this scenario, 80pc social distancing could either mean – any person in one household could go out once in five days, or, one member per family of five could go out daily, but the other four stay at home all the time.

DISCLOSURE: The study, Modelling transmission and control of the COVID-19 pandemic in Australia, was authored by PhD students Sheryl Chang and Nathan Harding, as well as Dr Cameron Zachreson, Dr Oliver Cliff and Professor Mikhail Prokopenko from the University of Sydney’s Centre for Complex Systems, and Marie Bashir Institute for Infection Diseases and Biosecurity.