And the Cattle Council has said a nationalised traceability system that includes individual electronic identification could spare Australia’s livestock and associated industries from the worst of a Foot and Mouth Disease outbreak if rolled out across all red meat species.

Electronic identification of cattle is mandatory nationally, but only Victoria has mandated sheep and goat EID, while other states rely on the visual tag mob-based system which trials have shown does not meet National Traceability Performance Standards for quick efficient biosecurity tracing of livestock.

NSW Farmers delegates will tomorrow vote on an urgency motion supporting mandatory electronic identification of sheep. The NSW state government is believed to be considering its next move on the issue and it is expected to be discussed by the nation’s state and federal agriculture ministers at tomorrow’s AMM meeting, previously known as AGMIN.

AMIC chief executive officer Patrick Hutchinson said it is industry’s role to ensure any and all preparatory biosecurity work has been reviewed and improvements made, such as implementation of a stronger and evolved sheep traceability program, as has been supported by AMIC and other industry groups for the last five years.

“We are still awaiting the outcome of the National Biosecurity Committee on recommendations for a national program, developed by industry.

“This is where the Federal Government can take the lead,” he said.

“Now is the time to trust in the process and the industry bodies,” Mr Hutchinson said.

“If we do not achieve this now, then we will not have trust moving forward which will increase our susceptibility to be unable to manage incursions when they arrive,” he said.

Politicisation of biosecurity not helpful – Hutchinson

Mr Hutchinson said the continual politicisation of biosecurity in the media is unhelpful.

“The meat industry, and the Australian government, have been working together on the prevention of incursion of emergency animal diseases in Australia, not just from Indonesia, but from other nations as well.

“AMIC has been a strong contributor and supporter of the federal government response to the preparatory work on Foot and Mouth Disease (FMD) and Lumpy Skin Disease (LSD) management since the incursions in Indonesia were reported,” he said.

“We also recognise that there are many incursions of FMD worldwide, with many countries having managed the diseases as endemic over decades, and some only just starting, such as Indonesia.

“AMIC is very supportive of the Australian government’s measured response and believes such a response is necessary in order to maintain strong relations with Indonesia, who need to manage this outbreak with our assistance, not our intervention,” Mr Hutchinson said.

“Unfortunately, there are many people making unsubstantiated claims on food supply, industry compensation and other EAD issues and this is not helping the Australian or Indonesian meat and livestock industry.

“We need to trust the subject matter experts; those who are operating on the issue hour-by-hour and allow them to progress their work.”

WoolProducers Australia chief executive officer Jo Hall said the peak grower body definitely supports the end of politicisation of biosecurity in light of the increased threat from Foot and Mouth Disease, as it is too important of an issue to be used as a political football.

“However, we also strongly caution against knee-jerk reactions in the current environment.

“We have called on government action to play their part in developing and contributing to funding a fit-for-purpose national traceability system for the sheep industry and are supportive of electronic, individual identification of sheep with a number of contingencies, including government commitment to nationally harmonised business rules, the development of an FMD susceptible database and equitable funding for the establishment and maintenance of this system,” she said.

“We cannot be anymore clearer, the implementation of electronic tags alone will not enhance national sheep traceability without the underpinning systems.”

Sheep Producers Australia chief executive officer Bonnie Skinner said SPA has been deliberately and proactively working on the improvement of the national traceability system, which includes a national electronic identification scheme for sheep.

“ SPA supports individual electronic identification (EID) in conjunction with broader whole-of-system reform that will provide a viable opportunity for the sheep industry to strengthen traceability for biosecurity, food safety, and to support market access requirements.

“The rapid and reliable tracing of livestock plays a significant part in emergency disease response – the faster animals are traced the greater the chance of controlling the disease outbreak and minimising its economic and social effects,” she said.

“Without these reforms the red meat and livestock sector, rural and regional Australia and the national economy are significantly exposed to unnecessary risk.

“Given the inherent complexity of traceability, it is only through national cooperation and collaboration that we can strengthen the current system and evolve to the system we need with the required level of urgency,” Ms Skinner said.

“Effective traceability relies inherently national consistency because we trade as a nation, and the simple reality is that disease does not respect jurisdictional boundaries.”

Electronic identification critical for getting on top of FMD – Cattle Council 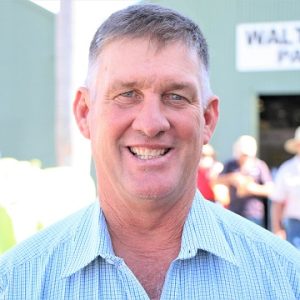 The Cattle Council said electronic identification is currently required across the beef supply chain, but is yet to be broadly implemented in other sectors such as the sheep and goat industries.

The council said Federal and state governments must commit to implementing the traceability reforms agreed by industry and governments through SAFEMEAT.

Cattle Council of Australia rpesident Lloyd Hick said the red meat industry is frustrated by the lack of progress by governments on these reforms.

“Electronic animal identification lets you track down any animal no matter where it moves in Australia.

“This will be a critical tool if we need to get on top of a foot and mouth disease outbreak,” he said.

“Electronic identification will allow us to quickly trace all movements of livestock and track down any potentially infected animals.

“This would reduce infection rates, losses of livestock and food supply disruptions by speeding up eradication of the virus,” Mr Hick said.

“This could save the Australian red meat sector and the economy tens of billions of dollars in the event of an outbreak.

“This technology is available now and has been in place in the beef for years, but we need it to be used in all red meat industries,” he said.

“The previous Federal Government committed $68.4 million to improved traceability across all of agriculture, and we must see the new government follow through on this.

“The State and Federal Governments must commit to getting the job done, to help protect our industry and food supply chain from serious diseases,” he said.

“The technology exists, and it works, it just needs to be put in place in all red meat industries.

“Producers can help improve traceability by adopting the electronic identification technology, ensuring National Vendor Declarations and waybills are filled out accurately and ensuring that all electronic tags are active and transferred on the database to their new property,” Mr Hick said.

“Everyone in the system needs to play their part.”