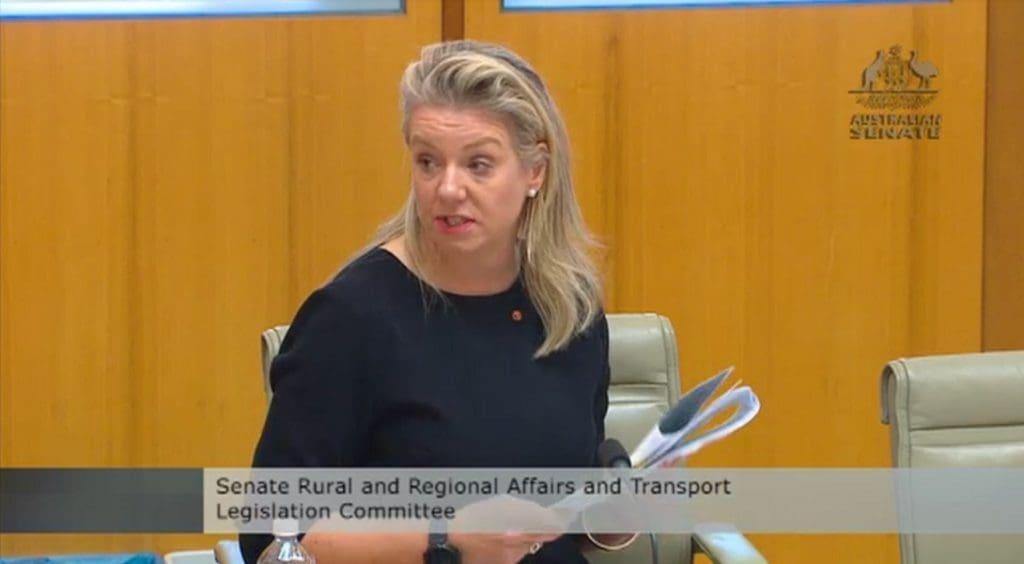 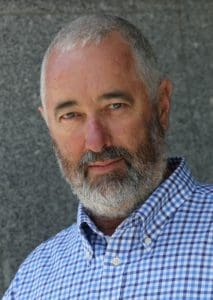 “Whether it is intentional or unintentional, I can’t say, but we have made our position clear consistently.”

Mr Patmore said AWI chief executive officer Stuart McCullough needs to “correct the record immediately” after the CEO told Senate Estimates last week that he was “not aware” of PGA’s opposition to AWI’s investment in WoolQ.

The incident prompted a statement from AWI this afternoon, with an unidentified spokesman stating that: “Stuart McCullough accepts PGA’s statement regarding their views on WoolQ.
“He apologises to the PGA and would like to take this opportunity to correct the record.”

In a hearing of the Senate Rural Regional Affairs and Transport Legislation Committee, AWI director Jock Laurie rejected Senator Bridget McKenzie’s assertion at Senate Estimates last week that things seem to go awry “when we don’t include the SFOs in our conversations”.

“Well they are included,” he said.

Senator McKenzie said the Western Australian state farming organisation had written to her that it is very concerned that AWI, as a research and development corporation, is providing R&D, promotion and marketing services, and commercial services.

Mr Patmore’s letter said AWI should not provide wool trading services in any shape or form.

“There are a number of tried and tested wool selling methods including the open cry auction, private treaty sales, online auctions and electronic offer boards.

“Clearly there is no market failure that should prompt AWI to experiment in this area,” he said.

“Consequently, the PGA thanks you for subjecting AWI to some much needed scrutiny in its casual use of wool levy payers’ money.”

When Senator McKenzie asked Mr McCullough if he has had PGA’s feedback on WoolQ, the CEO said PGA was a member of the Woolgrower Industry Consultation Panel.

“I’m not aware of them making that….they sit there and that group meets every few months.

“I’m not aware,” Mr McCullough said again before he was interrupted by Senator McKenzie asking again if he had had PGA’s feedback.

“I’ll check the minutes of those meetings, but I’m not aware of that,” the AWI CEO said. Mr McCullough told the senators that selling wool is just one component of WoolQ, which also provided wool growers with an adjunct blockchain platform to track wool for supply chain integrity, despite admitting that there were already “lots of supply chain integrity models for the wool industry.”

Mr Patmore told Sheep Central today he had proof from several minuted meetings of the WICP and the Woolgrower Consultation Group of PGA’s opposition to AWI’s WoolQ investment.

“Unfortunately, I can’t show it to you because most of those minutes are confidential.

“I can’t really say he misled the Senators, because he (Mr McCullough) was very careful in his wording, he said he doesn’t recall PGA ever raising it,” Mr Patmore said.

“If he doesn’t recall it, well he bloody well should have.

“We could be forgiven for thinking that he has a selective memory.”

Mr Patmore said PGA had tabled its opposition to levy money being spent on WoolQ at every possible Wool Consultation Group meeting and every Woolgrower Industry Consultation Panel meeting.

“Stuart McCullough should have known the PGA’s views on WoolQ.

“AWI has been told enough times,” he said.

“He needs to correct the record immediately.”

Mr Patmore said he has “consistently” made PGA’s opposition to WoolQ known to Mr McCullough and to AWI chief operations officer John Roberts.

“I’m happy, if AWI have listened to our concerns and chosen to go ahead with WoolQ, I mean that’s their prerogative to do that.

“But I’m not happy that they are saying to Senate Estimates that we haven’t even tried.”

Mr Patmore said it was inconceivable and just plain wrong that AWI was not aware of PGA concerns over the WoolQ initiative.

He said the PGA had written to AWI in May 2019 stating that “the PGA does not support any investment in WoolQ. AWI should not be competing with the private sector in providing selling options.”

“I understand they have made overtures to sell it, from what they were saying in Senate Estimates, but their advisers told them that now is not the right time, and that’s code for ‘they’ve got nothing to sell.’

“So there is probably no alternative but to just stop it, to cut their losses and avoid wasting any more levy money on it,” he said.

“WoolQ does not do anything that private enterprise is not able to do, if they were willing.

“The reason why some of the initiatives within WoolQ haven’t been taken up by the private sector is because there is no demand for them, or not enough demand for them.”

“But the private sector is well and truly capable of doing that, if and when they see the market for it.”

This included integrity schemes such as SustainaWOOL, the Responsible Wool Standard and others, depending on market demand, he said.

“That is no reason for AWI to develop a centralised platform.”