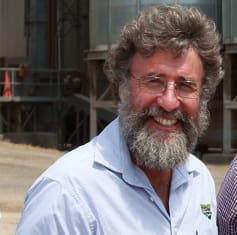 NSW Farmers President James Jackson said the Foot and Mouth Disease outbreak in Indonesia was far too close for comfort, with a local outbreak tipped to cost the economy up to $60 billion, plunging us into recession.

“This is a disease that will absolutely smash our economy if it reaches out shores.

“We have been calling on both sides of politics to make an urgent commitment to action on biosecurity, but neither side seems prepared to do it properly,” Mr Jackson said.

“An FMD outbreak is a clear and present danger to Australia, but until we take it seriously we will all be exposed to the risk.”

NSW Farmers said the confirmed outbreak of a highly-infectious disease on Australia’s doorstep should be a wake-up call for politicians, with fears of economic catastrophe if it reaches out shores.

However, NSW Farmers supports voluntary sheep and goat EID for on-farm management and enhancement of the current mob-based system to improve accuracy, but opposes the introduction of mandatory individual electronic identification. National mandatory implementation of electronic identification for sheep and goats is currently being considered by the National Biosecurity Committee among several SAFEMEAT recommendations aimed at improving the National Livestock Identification Scheme.

Mr Jackson was unavailable to comment on the fairness of him blaming the state of the veterinary and border biosecurity resources on governments while his organisation opposed updating Australia’s electronic livestock systems to improve exotic disease traceability.

“We also support an effective livestock identification and traceability scheme to trace animals for disease control and food safety, and to maintain our market access.

“Our current policy supports the mob-based system for sheep and goat identification,” the spokesman said.

“NSW Farmers continues to work with members and external industry stakeholders to improve compliance, useability and ongoing accuracy of the system.

“Sheep and goat traceability and the SAFEMEAT recommendations will be debated at our upcoming Annual Conference in July with a range of motions being put forward by committees and branches,” the spokesman said.

“NSW Farmers is a member-driven organisation with a democratic, farmer-focused decision making processes; (and its) annual conference is its key policy-making forum.”

The NSW Farmers media release today went on to state that Foot and Mouth Diseas is a highly-infectious RNA virus that is transmissible between animals such as sheep, cows, goats and pigs. It is light enough that it has, in the past, been found to travel via fog from France to the United Kingdom, the body said.

Mr Jackson, a trained veterinarian with expertise on the disease, said it was not good enough that Australia was still so woefully unprepared for an outbreak.

“The potential cost to the economy is directly related to how long we take to get on top of it, which is why we’ve been calling for urgent funding.

“Imagine we knew COVID-23 was just around the corner but our governments failed to prepare for it: we’d be absolutely ropable, and this is a very similar situation with FMD.”

Mr Jackson said a sustainable funding model for border biosecurity must be pursued by state and federal governments to protect NSW’s and Australia’s agricultural industries.

In his latest South East Asia Report, veterinarian Dr Ross Ainsworth says that while FMD is a big problem for Indonesia, Australia, one of the world’s largest beef and sheep meat exporters, has the most to lose if the disease spreads to its national herds.