NEW South Wales and South Australian farmers are standing together in opposition to the Victorian Government’s move to mandate electronic sheep and goat tag use next year, believing it will complicate interstate trade.

NSW Farmers president Derek Schoen said the association will seek assurances from the Victorian government that there will be no market access implications for sheep and goats going from NSW into Victoria.

Mr Schoen said NSW Farmers was disappointed that Victoria had committed to a system “that will cause chaos in interstate trade and will not reduce the risk of endemic disease in sheep and goats”.

“We all know the massive costs of implementation at saleyards will mean that farmers will bear the cost.”

NSW Farmers today claimed store stock purchased interstate will also have to be tagged and uploaded at Victorian purchase cost. Livestock SA president Geoff Power said the Victorian changes will complicate trade for South Australian producers trading stock into Victoria “and for those who do want to trade, it will impose higher costs as they have to adopt the Victorian policy.”

However, advice circulated by Agriculture Victoria today said sheep and goats entering Victoria for sale or slaughter only need to be identified to the requirement of the source state “which in the short and medium term is likely to continue to be via the use of a visually readable tag.”

Victorian producers consigning sheep and goats to other states will need to identify them with an electronic tag only if the stock was born on or after January 1 2017.

“These arrangements will ensure that Victorian saleyards and processors are not disadvantaged by producers choosing to consign their animals to other states during Victoria’s transition to an electronic system,” Agriculture Victoria said.

“Through trade across state borders, it will introduce havoc to the workable mob-based system in NSW.”

NSW Farmers said the current national mob-based system is tailored to the behaviour and volume of sheep and goats, and state’s producers have committed to improving traceability through increasing the uptake and accuracy of the National Vendor Declaration.

“NSW has shown that it is more than possible to improve this mob-based National Livestock Identification System, which is considered to be at the forefront of international livestock traceability systems.

“We are gravely concerned about the potential for mandatory RFIDs to damage the integrity of this system,” Mr Schoen said.

“If Victoria is serious about better traceability, they need to start with the NVD.

“If we don’t have robust data on these documents, all the gadgets in the world won’t help: it will simply remain garbage in, garbage out.”

Mr Schoen said that a radio frequency ID tag is not just a tag; it requires changes across the whole supply chain. Farmers will ultimately also bear the costs of the scanning equipment and the architecture of the system itself.

“We hope that if Victorian farmers are forced to tag every single sheep and goat in the state, the state government is going to pick up the entire tab.”

Livestock SA said the Victorian Government announcement to mandate the use of electronic identification for sheep demonstrated a lack of consultation with its partners in a national industry and will impose a high cost on their producers.

“Livestock SA is not against electronic tagging because we see its use does hold benefits on-farm however we don’t see any reason for the introduction of a mandatory radio frequency ID system at a state or national level – not here in SA nor interstate,” Mr Power said.

“This is for the simple reason that the tags will cost producers more and also the cost of infrastructure to implement and run the system is huge and will require millions of dollars of investment.

“For South Australia, there are implications for cross-border transactions and movements of sheep between SA and Victoria,” he said.

“It complicates trade and creates a barrier for SA producers to engage with the Victorian market as they have for many decades.” 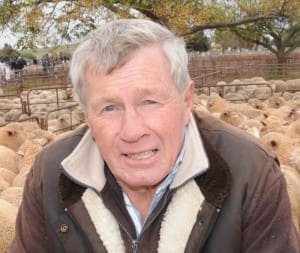 “Livestock SA does not believe that radio-frequency ID tags being made mandatory will progress the industry.

“While the Victorian government is prepared to fund some of the infrastructure upgrades we all know that this seed funding will have a sunset clause and then the cost will come back to industry when future upgrades are needed,” he said.

“It is the initial cost and the ongoing cost of the infrastructure that will need to be considered.”