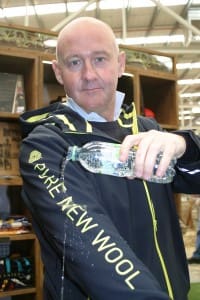 AWI chief executive officer Stuart McCullough demonstrates the water-repellent properties of a trial jacket made from pure wool at the Australian Sheep and Wool Show this year.

THERE is not enough wool in the world to satisfy production capacity, growers, classers and stock agents were told at AWEX’s Hamilton forum at the weekend.

New products and uses for wool were helping to grow demand around the world, about 80 people were told at the forum.

The disparity between wool supplies and production capacity had been the biggest issue in the market over the past 3-4 months, but had been developing for the past five to six years, Techwool Trading export trading manager Josh Lamb said.

“That doesn’t matter whether you are talking about (wool from) Australia, South Africa, South America or New Zealand.

“When you get little spikes in demand for end products, like we had in May and June, you are going to get massive (price) rises because people can’t physically buy enough wool.

“But probably the bigger issue is when that demand is not there we fall in a big whole.”

Mr Lamb said exporters expected the market to be dearer two weeks ago, but not as dear as last week, when the AWEX Eastern Market Indicator rose 46 cents clean to 1304 cents, with gains of 50-80 cents for Merino fleece wool adding to the previous week’s 37-cent EMI rise.

“We certainly expected some rise, but we’ve got a massive squeeze in the market for supply and too much wool has been sold.”

While this situation could hurt exporters depending on their stock positions, it was encouraging for wool growers, he said.

“While demand is there you are certainly in the box seat.” 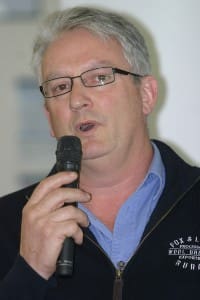 “For the last 5-6 years we have seen production slowly slide and along with that so has demand.

“Over the last year or so there seems to be a lot more interest in wool and the products of wool.”

He quoted Adidas senior director of global running apparel and customisation Craig Vanderoef, who said at the May 2015 IWTO conference in China that: “We’ve spent 60 years trying to create something that already existed.”

“These people are starting to understand wool,” Mr McNaughton said.

He quoted the example of Prince Charles, who has buried a woollen jumper beside synthetic cloth to demonstrate wool’s ecological and safety benefits, and mark the 6th anniversary of the Campaign for Wool.

“The media is onto these sort of things – the greenie side of wool I suppose you would say.

“Because supply has dropped so much, all you need is a little uptick in demand and you see a lot of strength in the wool market,” he said.

“We’ve expected this for a while, we didn’t quite predict the severity of it and because it is such a small market we will see major peaks and falls.”

Mr McNaughton said in the last financial year Australian growers sold around 150,000 more bales than the country produced in the previous 12 months.

“That’s a month’s worth of wool sales that has disappeared from the supply.”

“So even if demand stays the same as last year then we are expecting a good strong market, but I’ve been wrong before.” 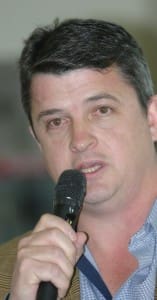 Mr Lamb said the current offering sizes of 30-35,000 bales a week were expected for this time of the year and were “a great range” for growers and offering below 40,000 bales generally produced good solid markets.

“I think that points towards what Wes was saying that supply is not there to satisfy balanced demand.”

He said Europe was getting more active in greasy wool, Japan was making a small comeback and India was growing.

“China has come back a little bit, but as this demand picks up and demand gets slightly above overall supply we can certainly see plenty of optimism for wool going forward.”

Mr McNaughton said it was demand from various countries that lifted wool prices recently, but with China taking about 75 percent of Australia’s wool, there was a need for more diversity in the users of wool. He downplayed the impact of recent credit and market concerns in China.

Mr Lamb said the market for carding wools was being driven by the world looking to put wool into other products besides suiting fabrics, which were in decline.

“But when you are getting into the 16.5 micron wools you are looking at massive discounts for wool over 100mm.

“That’s definitely an issue within the industry at the moment – over-long wools,” he said.