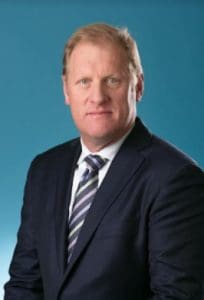 ESTABLISHED farms buoyed by strong returns, low interest rates and the option to grow efficiency through scale, are expected to continue to drive the rural property market in 2022.

Land, Agribusiness, Water and Development senior director, Col Medway, said local buyers had contributed to a notable farmland price escalation since 2015, and had played a key role in the surging gains experienced over the past 12 to 18 months.

“As has been widely reported, strong commodity prices, good seasonal conditions and low interest rates have been critical, while the excellent equity positions of many agricultural businesses have inspired them to actively pursue expansion opportunities,” Mr Medway said.

“If you look at the market fundamentals of what has happened to date, I don’t see any headwinds affecting these major factors, and you would have to think the market will continue to strengthen.”

This week, the New South Wales Valuer General reported the value of the state’s farmland had climbed 26 percent in the 12 months to June 2021, to total more than $200 billion for the first time.

Mr Medway said historical data, collected from as early as federation, showed that while the long-term capital gain of agricultural land across New South Wales had typically been between six and seven per cent, the recent profitability of the farm sector had given farm businesses unprecedented confidence to make large investments in expansion.

“For example, in the current grazing land market you are looking at around $1350 per dry sheep equivalent (DSE) to buy land, then another $150 for livestock such as a Merino ewe and another $100 for plant, equipment and working capital, so that takes you to around $1600 per DSE to fund this type of growth,” Mr Medway said.

“For most grazing enterprises that are run well, it is not difficult to achieve $60 per DSE in EBIT, so that represents about a four per cent operating return – and that’s a return that sits at the top end of history for these types of businesses.

“It is not hard to see why existing farming enterprises are chasing expansion opportunities, particularly when they are looking at the marginal analysis of the investment, whereby the increase in scale is diluting their fixed operational costs,” he said.

“Over the past year, we’ve also seen some institutional landholders breaking up farms they had aggregated and selling these back to family businesses, which is further supporting this trend.”

Mr Medway said the south west slopes region Of New South Wales had proven one of the hottest markets in the state, fuelled by the strong performance of grazing wheat and canola crops that had benefitted from two soft Springs, and which had recovered after grazing to produce high grain yields, combined with high grain prices.