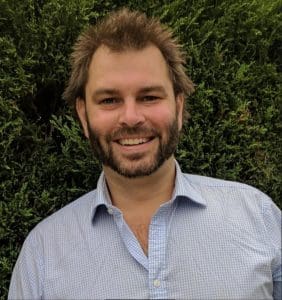 MEAT & Livestock Australia has announced it has found a replacement for its former group marketing manager Andrew Howie, who starts in a new position at Westpac next month.

MLA said Mr Howie has held a number of senior marketing positions during his five years with MLA, including for the last two years in his current position as group marketing manager.

In this role he had responsibility for MLA’s consumer and customer marketing initiatives in the Australian market, including the very successful Never Lamb Alone campaigns.

Mr Howie said having banked with Westpac his whole life, the opportunity to join Australia’s first and oldest bank is something he is “really excited about”.

“I look forward to joining the team,” he said.

After five years with Meat & Livestock Australia (MLA), Group Marketing Manager Andrew Howie has announced he will be leaving the business in order to pursue a new marketing role with Westpac Banking Corporation.

MLA said that following a recruitment process to fill its group marketing manager position, a preferred candidate with a wealth of consumer food marketing, category management and account management experience in Australia and overseas has accepted the role and a formal announcement will be made in the coming weeks.

Mr Howie, together with the domestic marketing team and MLA’s agency partners have delivered some notable campaigns and ultimately significant returns to levy payers in recent years, MLA said.

“This has included record-breaking results for the last three Summer and Spring Lamb campaigns that has helped secure annual volume growth of 3% last financial year for the Lamb brand.

Mr Howie and the team have also made significant changes in how they work during this time, including the implementation of strategic account management principles for the Retail and Food Service channels and optimisation of services to the Independent Retail Channel – all of which have yielded efficiencies for levy payers whilst maintaining MLA’s high quality marketing,” MLA said.