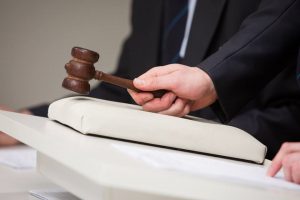 Mr Plunkett said the EMI’s fall was mainly due to large losses experienced in the crossbred sector.

“After recording large gains at the previous sale, the crossbred market has had a quick reversal.

“The sharp reduction in price was met with firm seller resistance, by the end of the week over nearly 20pc of crossbred wool was passed in.”

“This means that the amount of wool offered so far this year, is 162,043 bales less than at the same point in the previous season, a reduction of over 18pc.”

“Only a lack of interest in some inferior types and reduced buyer demand on wool with poor additional measurement results, prevented the Micron Price Guides posting larger increases than they did.”

He said superfine wool enjoyed the largest gains, with 17 micron and finer wool generally up 20 to 30 cents.

After three weeks of sustained price rises the oddment market lost ground this week. Locks, stains and crutchings generally fell by 10 to 20 cents.

“These reductions pushed the three carding indicators down by an average of 14 cents,” Mr Plunkett said.

Next week is the final sale before the annual three-week Christmas recess. This is the final selling opportunity until January 2019 and quantities have increased. Currently, there are 48,777 bales rostered for sale in Sydney, Melbourne and Fremantle.