Lowest number of wool bales at auction since 1995

AUSTRALIAN wool prices have risen for the second consecutive week as brokers offered the lowest number of bales since 1995 for the weekly auctions. 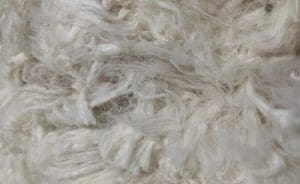 “Worth noting, due to the strengthening of the Australian dollar, the price increases when viewed in US$ terms were more significant.

Mr Plunket said there were no auctions at Fremantle this week, and with only Melbourne and Sydney in operation the national offering fell to 15,375 bales.

“This was the lowest national quantity since AWEX records began (1995).

“The wool market often acts with a mind of its own, and this series; however, the market followed conventional economic theory, and the reduced supply attracted stronger demand,” he said.

“The results of this increased demand were general price rises across the board.

“As Sydney did not sell on the last selling day of the previous series, this centre enjoyed the largest rises,” Mr Plunkett said.

The individual Micron Price Guides generally rose by 2 to 30 cents, the only exceptions being the 16.5, 18 and 21 micron MPGs in the south, which recorded very little change, he said.

“A limited offering of 32 micron wools was generally unchanged.”

Mr Plunkett said the oddment market also continued to rise, and Sydney again recorded the largest gains, catching up with the other centres.

“Gains in locks, stains and crutchings pushed the two carding indicators up by an average of 24 cents.”

The national offering increases next week as Fremantle re-joins Sydney and Melbourne on the selling program. Currently, there are 24,140 bales available to the trade.