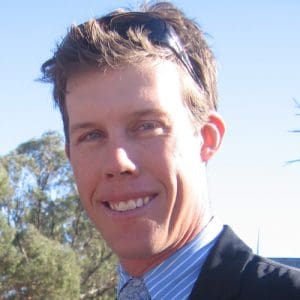 LBN today announced it was now formally a subsidiary of Animal Health Australia and primarily funded by the Cattle Council of Australia, although its door is open for renewed involvement by the sheep industry, he said.

Earlier this year, WoolProducers Australia and the Sheepmeat Council of Australia opted to withdraw from the national LBN initiative after June 30, leaving an estimated $600,000 hole in annual funding for the cattle industry to fill.

However, as LBN today marked the end of its three-year pilot period and entered a new phase of biosecurity education and extension as an AHA subsidiary, interim LBN chairman Hamish Munro said the new company had been structured to allow any new interested shareholders to join.

“We are actively look for other industries that see value in LBN.

“The door’s open, at the moment we are just bedding down the new company.”

But he said direct approaches to sheep industry bodies was “certainly on the near-term horizon” to see where LBN could complement activities in biosecurity and welfare.

Sheepmeat Council president Jeff Murray said the council would consider the possibility of LBN involvement “under a different regime” but there had been no discussions.

“We will look at all possibilities, but at this stage no decision has been made and there have been no discussions.”

The AHA-LBN partnership started on September 1 this year, supported by primary funder, Cattle Council of Australia. This was confirmation of the depth and quality of work undertaken by LBN during its three-year pilot period, Mr Munro said.

“I’m very excited that LBN has completed its pilot phase and is now entering a new era – an era that will continue to see a strong focus on the importance of biosecurity for extensive grazing industries,” Mr Munro said.

“The transition to a subsidiary company of AHA will allow great opportunities and synergies, particularly for the beef cattle industry, but all mixed farming operations will benefit under the new partnership model.”

LBN said its experienced regional managers will continue to offer first-rate services to livestock producers, equipping them with the necessary tools and information to manage biosecurity risks on-farm, such as diseases, contaminants and residues, pests and weeds and establish the highest levels of animal health and welfare practices.

Mr Munro acknowledged the support of the CCA, Sheepmeat Council of Australia and Wool Producers Australia during the pilot phase.

“Without their foresight and commitment to the pilot we would not be where we are today – an industry leader in robust on-farm biosecurity practices,” he said.

As a subsidiary of AHA, LBN will continue to work in collaboration with both industry and governments to ensure Australian livestock producers’ on-farm biosecurity practices continue to provide the evidence that supports our strong global trading position.