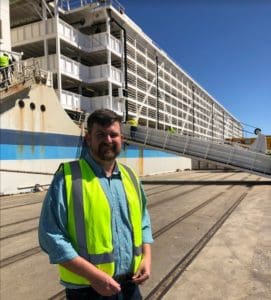 AUSTRALIA’S peak live exporter body is confident about the future for sheep exports despite confirmed reports Labor will phase out the trade if it wins government.

“It’s an industry that has proven itself, that it can ship safely – it’s a very important industry to our trading partners geopolitically, so I am very confident that the industry has a future.”

The Australian Labor Party is yet to formally declare it will continue with the live sheep export stance it took to the 2019 election – to end the trade – and neither Labor leader Anthony Albanese at the party’s campaign launch in Perth on Monday, nor Shadow Agriculture Minister Julie Collins in a recent National Rural Press Club debate have offered further details.

Yet the Australian Alliance for Animals today confirmed as reported in the Australian Financial Review that Labor, in responding to a survey for a AAA political scorecard on parties’ animal welfare policies, said the trade is declining and the party would re-commit to phasing out the live sheep export trade, “consistent with scientific advice in consultation with industry and the state government.” 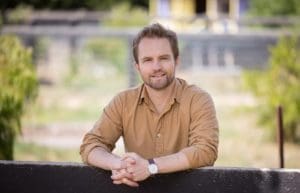 Alliance co-director Dr Jed Goodfellow confirmed that Labor said in the survey that it would retain the current moratorium on live sheep exports to the Middle East during the hot Northern Summer months. Labor also committed to spend $1 million annually to set up an independent office of an inspector-general for animal welfare and outlay $2.5 million to renew the Animal Welfare Strategy.

“I assume they (the Labor Party) has the intention of publishing it (a live sheep export policy) soon.”

Dr Goodfellow said several independent candidates and standing members surveyed also indicated support for phasing out the live sheep export trade. He said the alliance wrote to about 17 political parties and surveyed candidates in about 20 electorates, focussing on the marginal electorates and those of prominent independents. The survey indicated the Coalition’s position in support of the trade, citing its “strong regulation”, had not changed, he said.

Dr Goodfellow said the alliance would be publishing the responses received from all the parties and candidates it surveyed and all the scorecards are available now.

“The performance of the industry has been outstanding over the last three years,” he said.

“The results speak for themselves and Labor is aware of how good the performance has been and they have given us a commitment to engage on that.

“I’ll be relying on Labor to announce their policy.”

Mr Harvey-Sutton believed Labor’s policy on the trade was the same as it was for the 2019 election.

“But it is a very different industry now.

“The performance of the industry, those results speak for themselves,” he said.

“We’ll be engaging with Labor on the issue and letting Labor announce their intentions, not activist groups.”

Labor no plans on cattle, but sheep ….

A Labor spokesperson said the party has no plans to change the live export of cattle and “will continue to support this important industry”.

“The Morrison Government’s draft report into the current ban on live sheep exports to the Middle East during the Northern Hemisphere summer has recommended that the current ban continue.

“Labor supports the continuation of the ban based on the evidence contained in the draft report,” the spokesperson said.

“Labor will have a broad animal welfare policy that we will be releasing before the election.”

WA graziers say trade is not on its last legs

The Pastoralists and Graziers Association of Western Australia today said the ALP’s commitment to phase out live sheep exports was reckless and irresponsible and that Ms Collins’ recent comments that the trade “has been reducing” – from 1.1 million in 2019 to now just over 500,000 sheep — showed how ill-informed the Opposition is about the importance of the trade to WA’s regional economy.

PGA president Tony Seabrook said Western Australia is the largest exporter of sheep in Australia, with live sheep exports worth over $136 million – making the trade a vital and important part of the WA regional economy.

“Any suggestion that the trade is on its last legs is misleading, as the only decline that the trade has suffered over the past three years comes not from a lack of demand from our overseas customers, but from the current moratorium on exports during the northern hemisphere summer months.

“In Western Australia, the live export industry is the largest buyer of our livestock, supports regional businesses, and provides much needed regional jobs, which in turn strengthens our regional communities,” he said.

“While the Labor party is happy to throw Western Australian sheep producers ‘under the bus’ to appease a small number of animal activists who are committed to ending what is a one hundred per cent legal, humane, and variable trade, the reality is that once they phase out live sheep exports, cattle will be next,” Mr Seabrook aid.

“It is time for Anthony Albanese’s Labor party to stop trying to secure inner city votes to the detriment of regional families.”