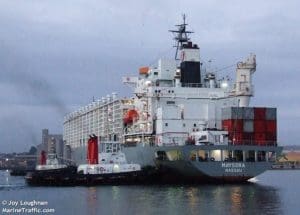 A LIVE export sheep ship was approved to depart Fremantle for Turkey this week under special permit conditions, as Australia’s Minister for Agriculture David Littleproud confirmed the Coalition Government will not ban the trade.

A Department of Agriculture and Water Resources spokesperson said the DAWR issued an export permit to the exporter – Livestock Shipping Services — for the MV Maysora’s voyage to Turkey.

The vessel left Fremantle around midnight on Wednesday, having been loaded from Tuesday afternoon. There were 74,000 sheep and 8000 cattle on board, the spokesperson said.

“This is in light of footage from Animals Australia,” the DAWR spokesperson said.

Another live export vessel – the Awassi Express — at the centre of controversy initiated by disturbing footage released by Animals Australia on 60 Minutes, remains in Fremantle while third party air flow and ventilation testing demanded by the Australian Marine Safety Authority is completed.

An AMSA spokesperson last night said there were no updates on the Awassi Express testing. 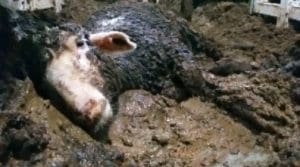 News of the Maysora’s impending departure prompted RSPCA Australia to urgently seek an explanation and advice from the Mr Littleproud and his department.

RSPCA said the Maysora was the first live export ship to leave Australia since horrific footage of routine on-board conditions in the live export trade was revealed on 60 Minutes last week.

“In what appears to be a secret effort to export sheep away from public scrutiny, it comes as both the live export and Australian Government claim commitment to improving animal welfare and greater transparency.

“Registered in the Bahamas and built almost 30 years ago, the Maysora – like the Awassi Express at the centre of this week’s scandal – is another name well-known among animal welfare groups as a ‘ship of death’,” an RSPCA Australia statement said.

RSPCA said the Maysora is a slightly smaller but older ship than the Awassi Express, and also a converted car carrier.

“Sadly, it has a comparable track record of suffering and death.

“In 2014, RSPCA South Australia investigated the company after receiving a complaint that electric prods being used (illegally) on live camels being loaded for export, in violation of industry regulations,” RSPCA Australia said.

The animal welfare organisation said in 2006, the Maysora arrived in Israel with a consignment of sheep that was rejected due to fears of a disease outbreak; 862 sheep died during the month long voyage.

“After offloading some sheep in Jordan, around 40,000 were then taken unexpectedly to Egypt where they were slaughtered as part of the Eid Al Adha religious festival.

“Around 241 cattle also died in board, while hundreds more reportedly perished in feedlots shortly after being offloaded from the ship, RSPCA Australia said.

“In 2005, the ship was fully laden with 80,000 sheep when it was delayed at Fremantle due to engine trouble.

“No animal welfare authorities were allowed to monitor the condition of the animals on board.”

Sheep Central yesterday asked Mr Littleproud yesterday, via emailed questions, if there were any conditions or series of events that would lead to him banning live sheep exports either during the northern summer or at any time of the year. He was also asked if he considered the live export industry to be on notice that there be no further breaches of standards or a ban might be on the table as an option.

A spokesperson for the Mr Littleproud responded with: “The Coalition Government will not ban the live export trade.”

“The minister believes the industry should take strong action on this issue to prove to the Australian people they are serious about cultural change and high animal welfare standards,” the spokesperson said.