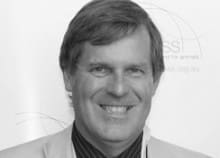 AUSTRALIAN livestock exporters are correct in their claim that ownership of livestock transfers to the importer at the loading port under current contractual arrangements, animal welfare lawyer Dr Malcolm Caulfield said today.

The revelation is expected to increase the focus for action against livestock export operators to the Western Australia government and away from the Federal Government, potentially before the findings of Agriculture Minister David Littleproud’s reviews of his own department’s handling of animal welfare issues and into northern summer exports to the Middle East.

Dr Caulfield, the Animal Law Institute’s principal solicitor, said today that on a close reading of the Australian Standards for the Export of Livestock, the section referring to on-board care of livestock “is written in such a way it is likely that the exporter can’t be touched.”

“If you had asked me that question previously, I would have said yes, for a breach of ASEL, exporters are liable.”

However, under current contractual arrangements, when an exporter supplies livestock to an importer for shipment on a free-on-board basis, on delivery to the ship dockside, ownership transfer occurs to the importer.

“When you read this with the provisions of the relevant Act relating to breach of ASEL, which must be complied with as a condition of an export licence, in my view, it is unlikely that an exporter can be found guilty under Federal law where animals suffer and die on board an export ship,” Dr Caulfield said.

Beleaguered Western Australian exporter Graham Daws reiterated in a letter to producers last week defending his company Emanuel Exports that: “Emanuel is not the owner nor charterer of any vessel, and ownership of livestock transfers to the importer at the loading port.”

Mr Daws also said DAWR had found, that despite the loss of about 2400 sheep in an August 2017 Awassi Express shipment to the Middle East, there were no ASEL breaches, and an Australian Maritime Safety Authority investigation concluded “all livestock services were operating satisfactorily during the voyage.”

WA government has the power to take action

However, Dr Caulfield said his understanding of the powers of federal and state laws in regard to live export of animals also indicated that the Western Australian government did have powers to prosecute livestock exporters who send animals on voyages knowing they are likely to suffer very poor welfare or die.

Dr Caulfield said exporters have always argued that the export of livestock is governed by federal law and under section 109 of the Australian Constitution, if a state parliament and the Federal Parliament pass conflicting laws on the same subject, then the federal law overrides the state law. However he noted that this constitutional override had not been tested in a higher court. Emanuel Exports were found not guilty of breaching the state Animal Welfare Act in 2008 in the Magistrates Court on this basis.

“However, if you stop to think about it, if what Emanuel Exports is saying is true, and I think it is true, they can’t run that argument – they can’t have their cake and eat it.

“Because if they are saying the exporter isn’t liable because of the way ASEL is written in regards to livestock on-board, the state law applies.” Dr Caulfield said.

“The way the (WA) state law is written, the person who is liable is defined as the person in charge and then that is extensively defined in the interpretation section.”

Dr Caulfield said he wrote a legal opinion piece on this issue 15 years ago and said the WA state animal welfare law in relation to live export of animals “captures almost everybody, including the exporter.”

“It captures a ship owner, the owner of the animals which (on-board) is probably the importer, it captures the captain of the ship and it captures the exporter, but what is clear is that this matter needs to be tested in a court.”

DAWR and its ministers complacent – Caulfield

Dr Caulfield said it seems clear from what Western Australian Minister Alannah MacTiernan has said that she has received legal advice that the sort of suffering seen on whistleblower Faisal Ullah’s footage is probably in breach of the state’s Animal Welfare Act.

“However, that leaves open the question of why both the Federal Minister, David Littleproud, and his department, seem not to be aware of the legal issues raised by Emanuel Exports.

“It also prompts questions about the inquiry currently going on into the advisability of shipping animals to the Middle East in the northern summer, because if Emanuel Exports is right, an exporter cannot be prosecuted under federal live export law, no matter how bad the suffering,” he said.

Dr Caulfield said the current federal laws governing live export make a mockery of Mr Littleproud stating that someone will be held to account over the disturbing footage showing dead and dying sheep in over-crowded and hot conditions, released earlier this month by Animals Australia and 60 Minutes.

“I will not be afraid to call out and take strong action against those who have not fulfilled their responsibilities, whether they be the exporter, the regulator or staff on ships,” Mr Littleproud said after viewing the 60 Minutes footage.

Dr Caulfield said the continuance of DAWR’s inaction over live export issues speaks its level of complicity with the trade.

“In all the years that I have been monitoring this trade, the department has always been utterly concerned with protecting the interests of the exporter and I have seen time and time again, complaints relating to exactly this sort of hanky panky.

“The departments nor their ministers have had no interest in holding anybody to account; that’s the bottom line,” he said.

“What is obviously needed is for this to be resolved either between the state and federal governments, which would need a change to the federal law, or a prosecution under the state law, which would resolve the matter in a court.”

The offices of Minister Littleproud, the DAWR and the WA Agriculture and Food Minister Alannah MacTiernan were contacted for comment.