Light lambs continue to shine online and in NSW saleyards 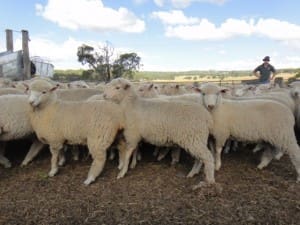 Light lambs continued to sell well, online and in saleyards, recording the biggest gain of all lamb categories for the week, according to the National Livestock Reporting Service. 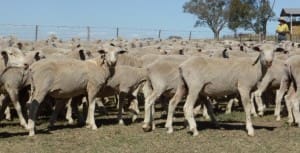 The ESDI and national indicators for mutton finished the week on 315c/kg.

The NLRS said the quality of the well-finished heavy lambs was very good. However, more lambs showing signs of dryness were yarded. Most were heavy lambs, trade weight drafts were limited and there were plenty of store lines. All the usual buyers attended, except for one, and competition was easier, resulting in a cheaper trend.

The NLRS said lamb quality was similar to previous sales. A good number of well-finished lambs was offered, along with plainer drier types. Most lambs were heavy and extra heavy weights. The usual buyers competed in a firm to easier market.