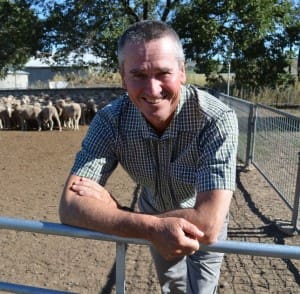 AUSTRALIA’S lamb producers will find out what they can learn from marathon running at the country’s premier industry event — Lambex 2016 – on August 10.

LambEx 2016 today released its program featuring a star-studded line-up of international and Australian speakers who will focus on an array of local and global issues influencing the Australian sheep and lamb industry.

The conference will begin with a Welcome Function on Wednesday, August 10, followed by two action-packed and compelling days of inspirational and provocative presentations, trade displays, entertainment, tasty menus and networking.

Keynote speakers will include futurist Paul Higgins discussing what lamb will look like in 20 years’ time with consumer, big data and producer trends.

United States-based Sysco culinary development director Neil Doherty – a significant player and corporate wholesaler in the US – will speak on the American perception of Australian lamb and what needs to change. NZ Merino’s global partnership manager Dave Maslen will speak on validated storytelling, in matters of product quality, environment and animal welfare.

LambEx 2016 chairman Rodney Watt said the program offered a thought-provoking and insightful look at the lamb and sheep industry in Australia and internationally.

“The organising committee has worked extremely hard to pull together an action-packed program that is relevant and challenging for sheep and lamb producers across Australia.

“It’s an opportunity to hear a range of cutting-edge speakers on topical issues to the Australian producer,” he said.

“LambEx 2016 offers producers the chance to network and socialise with their counterparts from across Australia, and it will also have a packed trade exhibition area with a wide-array of products and businesses on display.”

Local experts speaking at the conference will include:

– Meat & Livestock Australia’s Lisa Sharpe will discuss Australian lamb with an international focus and how it matches a diverse marketplace of different cultures, palates and budget needs.

– Murdoch University’s Professor Graham Gardner on the application of meat measurement technologies and Prof Dave Pethick on a pivotal research project to understand the difference in international palates between East and West cultures.

Producers to get practical at conference

Local producers speaking at LambEx 2016 will include 2015 NSW Farmer of the Year Ed Fagan and 2014 Australian and NSW-ACT Rural Woman of the Year Pip Job. Topics cover investment in genetics and perennial pastures, management costs and target feeding for strong lambing percentages, boosting production gains through genetics and farming in an ever-variable climate.

LambEx prides itself on showcasing lamb’s diversity of cuts and dishes and lamb will be the star when it comes to the menu – with a range of diverse dishes incorporating different cuts and cooking techniques. .

The GrandsLamb Dinner returns once again on the Thursday night of the conference – with a delicious array of melt-in-your-mouth food, fun, entertainment and networking.

The conference will conclude with a memorable presentation on ‘Pushing the boundaries for human endurance’ with adventurers Cas and Jonesy – who have travelled the world. They will keep the crowds entertained with their remarkable story of human resilience and survival against the odds. The final announcement of the conference will be the lucky winner of the Fairfax Agricultural Media and MerinoNSW prize draw of a Waddy’s Collies sheep dog pup and 50 Roseville Park Merino ewes.

Mr Watt said the committee were grateful for the sponsorship from so many companies – including the conference underwriter NSW DPI – and major sponsor MLA which meant the event was able to remain affordable for all.

Farmers and students who book before June 11 get to attend the Welcome Function, one high quality dinner, two breakfasts and two days of conference for $500 – a saving of $100 while early-bird registrations are open.

Mr Watt said conference organisers were conscious that the 2014 conference in Adelaide sold out before the early-bird registration period closed, so was encouraging people who want to attend to not hold back but get in and register.

There are further savings for producers who book in groups of 10. Service providers can register for $700 before June 11.

To register: Early-bird registrations open on Thursday, April 14. To register and view the full program, head to www.lambex.com.au