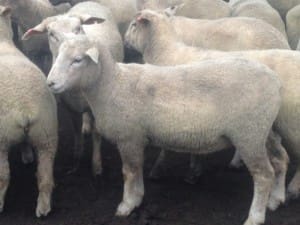 Lamb and mutton forward price expectations were dampened this week with reports of continued end-market resistance and kill space reductions.

Domestic and export lamb and sheep processors maintain there has been significant world market resistance to high volumes of product marketed at current spot price levels – with lamb well above 500c/kg and mutton approaching 400c/kg.

Coles last week released an 18-25kg cwt contract for Gundagai (NSW) only in June of 620c/kg, with 630c/kg available for July at Gundagai and Brooklyn (Vic), with the usual upside conditions, while export processor forward contracts of 560-580c/kg into August are now full.

Industry price expectations of higher prices leading into winter were further tempered with reports that JBS Australia this week will take 20,000 sheep and lambs out of its weekly requirements for its Brooklyn (Vic) and Bordertown (SA) plants due to “market conditions”, and has closed any forward contracts. Also big Dubbo-based sheep processor Fletcher International is closing down for two weeks for maintenance and due to lack of supplies.

Export lamb processors Australian Lamb Company in Victoria and Southern Meats in NSW are also reportedly reducing their lamb kills as of this week. Other exporters were also rumoured to be cutting their weekly kills.

ALC still has limited space available for 18-32kg cwt lambs in June at 550c/kg and in July at 560c/kg, with its current spot price at 540c/kg. But ALC livestock manager Ben Verrall said demand for lamb was tight with returns per carcase dropping $15-$18 into China since late January and the company was reducing its weekly lamb kill by 20 percent.

Thomas Food International’s national sheep and lamb livestock manager Paul Leonard said the company’s forward contracts of 560c/kg for 18-34kg lambs delivered into Tamworth, NSW, in May, 570c/kg in June and 580c/kg in July filled within a week of being released. The contracts at Murray Bridge and Lobethal, SA, of 560c/kg in May and 570 in June, and Lobethal is 570c/kg in July are also full. TFI’s Murray Bridge works will be closed for most of July. Only limited kill space is still available for lambs despite the filling of the contracts.

Mr Leonard said lamb availability outside the contracted supplies are starting to shorten up.

He was happy with the take up of the forward contracts and contracted producers would appreciate seeing their export-weight lambs killed in May at prices 20c/kg above current grid spot prices of mostly around 540c/kg.

Online market for breeders strengthens by $10

“The market strengthened by $10 for joined and scanned-in-lamb proven breeders to average $107.

Ms Adams said the top line was a small mob of 63kg lwt Pastora-blood Merino ewes from Dubbo with a 3.5cm skin. These were scanned-in-lamb to Border Leicester rams.

The NLRS said lamb quality was very mixed and reduced slightly from the previous sales. There were still good numbers of well-finished lambs available along with an increased percentage of plainer lambs. Heavy and extra heavyweight lambs were well supplied. Most of the usual buyers competed in a dearer market.

The NLRS said quality was not to the standard of previous weeks, with a reduction in heavy and extra heavy lambs. Trade and store lambs were in reasonable numbers and not all buyers operated. Competition was generally weaker, except for the heavy trade lambs which sold firm on last week.

In Victoria at the Shepparton saleyards on Friday, the agents yarded 1152 lambs, 378 fewer than last week and 121 sheep, 337 less.

The NLRS said it was a mixed quality autumn yarding, with only odd pens of heavy or reasonable quality trade lambs. Only a few buyers operated, although the market for medium and light weight trade lambs was boosted by an extra southern processing order. Trade lambs were $3-$8 dearer, but based on limited quotes. The market reached a top of $166 for a small pen of export lambs. A few pens of heavy trade lambs sold from $127-$136, while the general run of medium domestic lambs (20-22kg cwt) sold from $109-$124. An estimated range of 540-580c/kg cwt covered most sales. The line-up of export lambs was limited to just a few pens which sold from $145 to a top of $166.

There was only a token offering of sheep, with a handful of heavy crossbred ewes selling to $117.