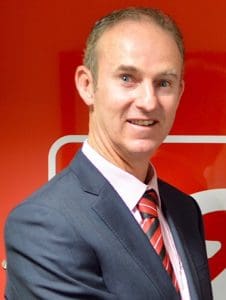 Mr Rickard said the buoyancy of the main agricultural commodity markets including sheep, lamb, beef and grain has been driving rural land prices.

Mr Rickard said leading up to Christmas last year, Elders sold a number of properties in the Heytesbury Settlement region south of the Prince Highway to sheep and beef producers.

This has been driven by the land around the home enterprises of the Victorian, New South Wales and South Australian-based farmers rising in value.

“Land has also got very expensive in those regions and that has driven them into high rainfall country which has, in many cases, been worth less than their own home country is worth, but for finishing livestock it is a very good business option.

“They have kept their home properties and bought land in the 30-40 inch rainfall belt that will predominantly be used for finishing livestock – sheep and cattle.”

“And in many cases they have gone deep into the south-west into that 30-40 inch rainfall bracket.”

The new land purchases meant more stock would come down into southern Victoria and to be sold through nearby saleyards at Hamilton, Ballarat and other prime cattle and lamb-selling centres.

Mr Rickard said more than 50 percent of the formerly dairy country in south-west Victoria sold over the last 12 months is now being used for either sheep and beef production.

“I think it will continue in that direction, it’s still relatively good buying, compared to buying in other lower rainfall areas where country at Kaniva last week made $6920 an acre, and country at Minyip and St Arnaud has made in excess of $4000 an acre over the last couple of week.

“Their annual rainfall would be close to half of this high rainfall country here, which is making 20 percent more than Wimmera country, yet it has twice as much rain.”

He said land in the Heytesbury Settlement region is making $5000-$8000 an acre, depending on soil type and improvements.

Mr Rickard said the move into higher rainfall areas has also been driven by the low interest environment, reluctance to invest into residential real estate or the sharemarket.

“Rural land is seen as a very safe investment option, number one.

“Low interest rates are driving existing farmers to buy more rural property to expand their operation, and it is now cheaper to buy country than it is to lease country with the payments needed each year,” he said.