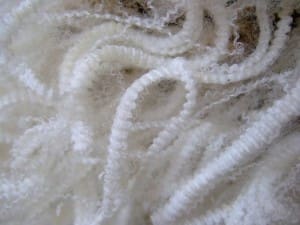 WOOL price increases have improved the competitiveness of Victorian wool-based enterprises in comparison to prime lamb operations in 2016-17.

The latest 2016-17 Livestock Farm Monitor Report has shown average statewide farm profits were the highest in over a decade.

Annual prices gains were larger for wool (Merino) than lamb and beef prices in 2016-17, with 19 micron price increases of around 22 percent, about double lamb value rises. This resulted in Victorian Merino wool producers recording the greatest improvement in economic performance.

The report showed that wool enterprise earnings before interest and tax (EBIT) on monitor project farms more than tripled to $250/hectare in 2016-17 — up from $71/ha the previous year — putting Merino operation returns much closer to those of lamb at $271/ha and beef at $281/ha in the last financial year. However, there were some seasonal and geographical influences in the data — there are more wool sheep in the state’s south-west — which was over-represented in the top 20pc of participating monitor farms. The south-west region also enjoyed rainfall about 25pc above its long term average in 2016-17.

“High commodity prices for wool, lamb and cattle coupled with above average rainfall and pasture growth in parts of the state resulted in a strong increase in gross farm incomes and profits,” he said.

“Sheep meat, wool and beef cattle production are vital to Victoria’s strong and growing economy, with approximately one third of the gross value of all agricultural production in Victoria coming from sheep and beef cattle industries,” Mr Deane said.

Mr Deane said the outlook is for another potentially very good year for sheep producers in 2017-18, with both lamb and Merino wool prices closing 2017 around 30 per cent higher, compared with December 2016.

“Consecutive years of strong cash flows for sheep and cattle producers provides an opportunity to re-invest in the farm business, rebuild the farm balance sheet by reducing debt, considering Farm Management Deposits (FMDs) or other off-farm investments to diversify wealth and investment risk.”

Mr Deane said there is good evidence that re-investing in the farm business can achieve a high return on investment as a direct result of increasing the productive capacity of the existing farming system.

The Livestock Farm Monitor Report provides industry and government with detailed technical, economic and financial metrics from 75 farms across Victoria. Agriculture Victoria has conducted the Livestock Farm Monitor Project survey in south-west Victoria since 1971 and statewide in its current format since 2009. The report is available online at: http://go.vic.gov.au/koZMlh

Agriculture Victoria coordinates a network of producer groups and on-farm demonstration sites across Victoria to support adoption of relevant research and technologies and the growth of farming business.