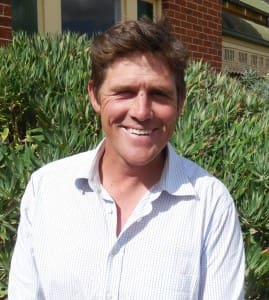 HARROW wool producer Michael Craig has been appointed for his first term as chairman of Victoria’s Sheep and Goat Compensation Advisory Committee.

Ms Pulford said the Andrews Labor Government is “pleased to be able to rely on highly credentialed advice to help guide our support for livestock industries across Victoria.”

Mr Craig, a Victorian Farmers Federation nominee, had served as a SGCAC member for the past two years and replaces Geoff Fisken as chairman.

The SGCAC and CCAC advise government on the allocation of funding to programs and projects that benefit their livestock industries, using revenue generated through levies on cattle, sheep and goats sold throughout Victoria. They are also responsible for advising government on the amount of compensation payable to industry in the event of livestock disease, should that be necessary.

Ms Pulford said the meat, dairy and animal fibre industries are vital to the state’s economy and responsible for over 50 percent of Victoria’s exports.