Wool is back in footy and now Australian woolgrowers have the opportunity to win four free tickets to the round 5 game between Melbourne and Fremantle.

Australian Wool Innovation announced the offer yesterday as part of the Fibre of Football campaign, which aims to celebrate the great Australian game and its connection with the nation’s premier natural fibre – wool.

The Melbourne Football Club has generously offered woolgrowers up to four free tickets to attend the game on May 3.

To register for and print your tickets simply click here and follow the instructions, AWI said in a media release yesterday.

Use the promotional code WOOL, print out up to four free tickets and head to the MCG for the Round 5 clash. Don’t forget to wear some wool to the game, AWI said.

AWI launched its Fibre of Football campaign in 2014 at the Australian Sheep and Wool Show in Bendigo. The campaign now involves many initiatives including placing the natural fibre into football supporter apparel. 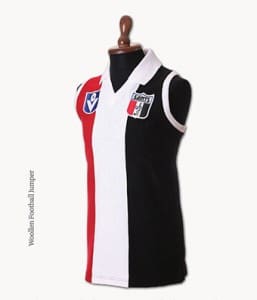 AWI said all AFL clubs will be selling AFL-licensed Australian wool products for the first time in decades. From this month, pure Australian Merino wool retro football jumpers, scarves, gloves and beanies will be available as part of the supporter apparel offering at AFL club stores, as well as at www.shop.afl.com.au. 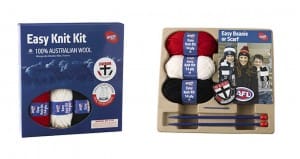 Official AFL Knit Kits will also be available for footy fans to hand knit 100 percent Australian wool beanies and scarves in 17 AFL clubs. Made at the Wangaratta Woollen Mills, the kits will be available for purchase at AFL clubs, www.shop.afl.com.au and local yarn stores.

The re-entry of wool into AFL merchandise comes after 18 months of work by AWI alongside AFL merchandise licensee PlayCorp, together with testing and trials with Australian manufacturers such as Lyon Sportswear and Wangaratta Woollen Mills.

Visit fibreoffootball.com.au or click on this Youtube link to learn more about the Fibre of Football campaign: https://youtu.be/MQ1IC4LwyN4