IT was a positive week for the spot auction and forward wool markets, with some changes in the forward trading curve structure.

The auction market delivered gains, reversing the trend of the last two weeks. Most Merino wools gained between 10 and 30 cents, with the finer wools benefiting the most.

The forwards again outstripped the spot market, delivering premiums of up to 50 cents early in the week. The 21 micron contract traded both early and at the end June at 1320 cents on the back of anticipated stronger demand.

That demand did come, but only managed to move the index to 1280 cents on the week’s close. A similar story played out in the 19 micron contract which traded from 1640 to 1650 cents for August and October maturities. This was a premium of 50 to 60 cents on opening spot levels and still represented a premium against the closing spot levels of 1620 cents.

The first two charts show how the forward curve began to shift. After spending three years in constant backwardation (discount) the trend began slowly reverse firstly by the reduction in the discount. 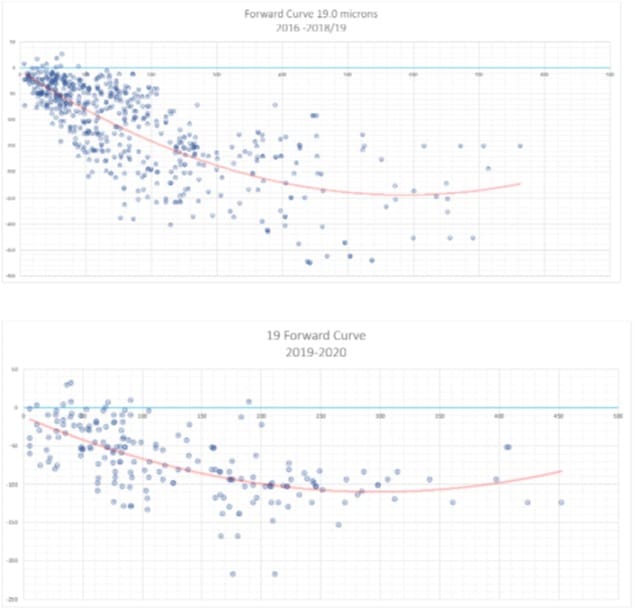 The next graph shows the year to date with the curve almost flattening.

If we divide this current season up into pre and post Christmas it highlights even move the change in the nature of the forward over the last five months. 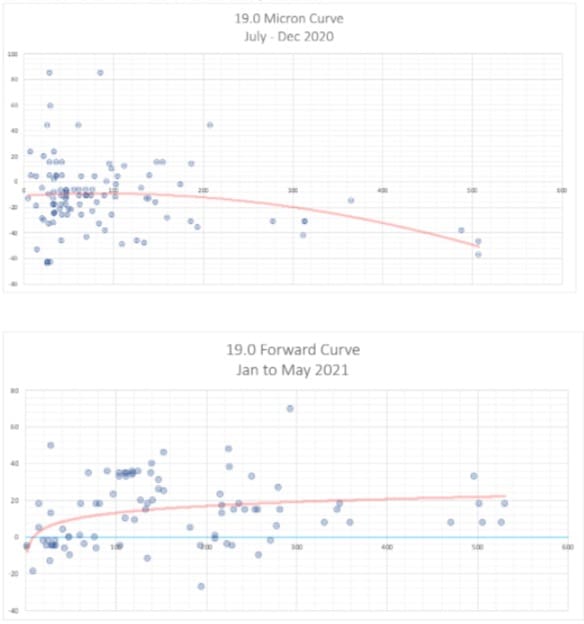 The current curve is providing good hedging opportunities. We expect bidding to be a little more conservative until we see a little more activity coming from the sell side. 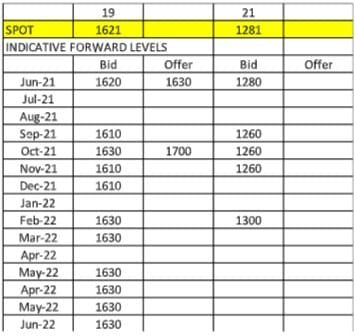