FORWARD wool markets traded marginally lower last week, with bidding from exporters keen to cover some of the forward sales providing hedge opportunities for growers into the spring.

Levels were generally 15 to 20 cents under cash for August and September and a further 10 cents lower into the end of the year as exporters factored in more time risk.

Volumes on the forwards remain low, with buyers and sellers struggling to agree on fair value for the spring and beyond. Buyers are weighing up the continuing change in sentiment and impact that COVID-19 is having on stock building. Sellers continue to look for a base to be formed. Chartists remain on the fence as recent support levels appear to be broken.

We expect bidders to look to hold firm into the spring around 20 to 30 under cash ahead of the first auction series of the new season.

It was a disappointing close to the 2019/20 wool auction season. A season marked by the volatility of the first three quarters of the year and the steady decline of the fourth quarter.

This environment highlights the importance of price risk management becoming a tool for market participants to take some of the uncertainty out of their operations.

The pull back in the spot auction market saw the 19 micron and 21 micron indices hit lows not seen since April 2015. The market that was surprising resilient up to March has felt the full effect of the global COVID-19 lockdown and the subsequent demand freeze. 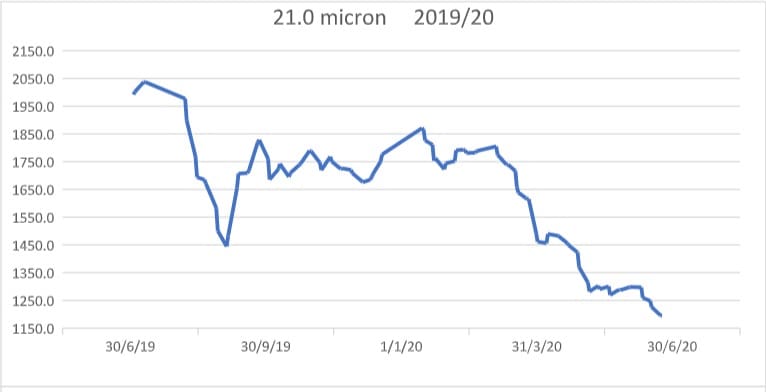 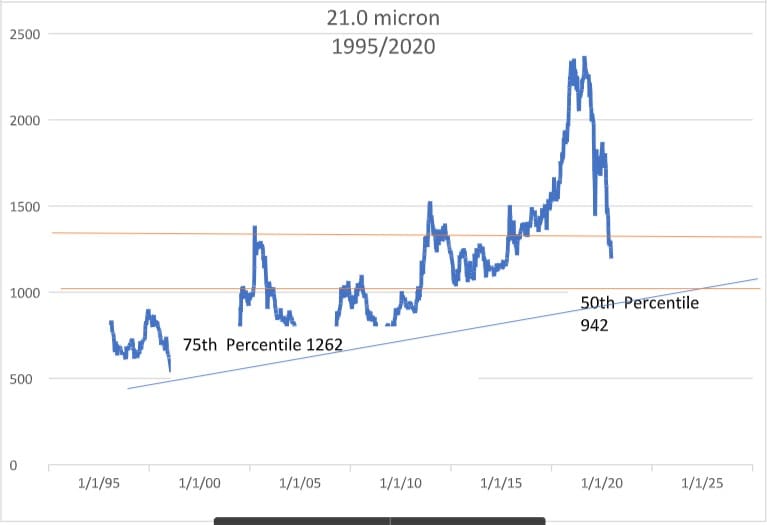