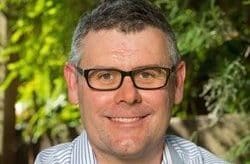 HIGHER fines for breaching Australia’s biosecurity laws are being investigated in the wake of the discovery of confirmed Foot and Mouth Disease virus fragments in a pork product on sale in Melbourne.

When asked about the possibility of increasing fines and penalties, Federal Minister for Agriculture Murray Watt last night told more than 2400 participants on an industry FMD webinar “that is something we are very closely looking at.”

“I think it is important that frankly we make an example of some people who do the wrong thing.

“Obviously, we’ve got to give people natural justice and I’m not going to direct prosecutions, that’s not the role of a minister,” Mr Watt said.

“But I think it’s really important that we send a strong message to people at the enforcement end as well as the awareness end.

“So we are seriously considering the existing penalties and whether they’re sufficient as part of our response, and as I say, that goes to the point that I don’t think that the measures we’ve introduced are the end of the matter,” he said.

“If there are things that people raise with us that we think can make a difference then we will do them.”

The Department of Agriculture, Forestry and Fisheries yesterday said penalties for those who do the wrong thing include imprisonment for up to 10 years or a fine of up to $1,110,000 (or $5,550,000 for corporate entities) or both.

Interest in biosecurity is at an all-time high in Australia, with the webinar participants asking 240 questions in the 70-minute webinar. Speakers include Mr Watt, National Farmers Federation president Fiona Simson and Head of the Department of Agriculture, Forestry and Fisheries National Animal Disease Taskforce Dr Chris Parker.

Earlier in the webinar, Mr Watt said he was confident in saying the current biosecurity response is stronger than has ever been seen from any Federal Government in response to an exotic disease outbreak overseas, certainly over the last decade.

Mr Watt said it is not the first time in Australia’s history that FMD or African Swine Fever fragments have been detected in meat products brought into the country.

“It happened last year and I think there is about four occasions over the last 5-10 years this has happened.

“It hasn’t shut down our livestock industry, it didn’t require some of the drastic measures that people are talking about and we will manage this one, just as it has been managed in the past; in a sensible way that is based on advice that takes the threat seriously.

“In those past occasions it didn’t get out into the wider community and I have absolutely no intention of allowing that to happen this time either.”

“At one level, the fact that we picked these up shows that our systems work; this is why we do those routine inspections to pick up these kind of things and the measures that I’ve announced in the last couple of days around more biosecurity officers means that we will be able to do even more intensive surveillance of these kind of things, particularly when it comes to parcels.

“Because the advice that I’ve been receiving is that as much as people are very concerned about travellers returning from Bali and what might be on their shoes and that is an issue, the biggest risk that we face is these diseases coming in to Australia via animal products, and that’s why we are increasing the surveillance on it and we’re increasing public awareness campaigns and we’ll continue to do so as well.” 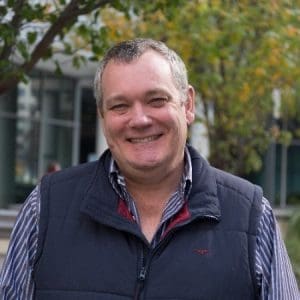 Head of the Department of Agriculture, Forestry and Fisheries National Animal Disease Taskforce Dr Chris Parker said Australia is making a structure and measured response to the FMD and Lumpy Skin Disease outbreaks in Indonesia and producers should be assured the government is doing everything that can be done.

He said Australia had dealt with active FMD outbreaks without stopping travellers when the disease was in the United Kingdom, Vietnam, China and Thailand, and South Africa.

“The reason that we’ve had this uptick with Indonesia is, as Fiona (Simson) pointed out, it is an active uncontrolled infection at the moment.

“So what’s out endgame? Our endgame with Indonesia is to assist them to get this under control.

“And by under control we mean there are not large amounts of virus in the environment and we are not seeing active spread.

“At the moment we are seeing increasing numbers of infected animals in Indonesia and that’s not unexpected,” he said.

From the latest FMD figures, Dr Parker said it looks like there are about 401,000 infected animals and about 550,000 have been vaccinated in Indonesia.

Dr Parker said there is a slightly different LSD distribution and all reports are saying it is still on the island of Sumatra only.

“It looks like they are quoting about 3000 animals infected and about 28,000 have been vaccinated.

“Folks, I think given their focus on FMD, I’m not sure how much stock we should be putting in those numbers,” he said.

“I suspect the numbers might be higher on both sides – both the numbers infected and the numbers vaccinated – because clearly their focus is on Foot and Mouth Disease.”

But Dr Parker pointed out that one of the “silver linings” in the dual disease control programs with vaccinations for FMD and LSD could be quicker control of both diseases in Indonesia.

“I think what we might see is in fact both diseases come under probably quicker control than what you might have seen for just one single disease.

“Now I’m always an optimistic and I believe that’s the silver lining that we might see with both of these going on.”

Similar to the impact of the BTECH program (Brucellosis and Tuberculosis Eradication Campaign) in Australia, Dr Parker said there could also be an improvement in genetics, animal welfare and production in Indonesia as a result of the control programs.

Listen to the full webinar transmission on this Youtube clip here.