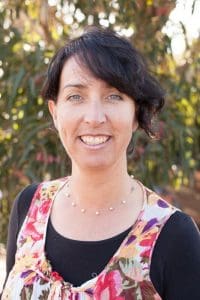 WESTERN Australian sheep and grass-fed beef producers have identified feedbase management as one of their top research, development and adoption priorities for levy-payer funded projects for 2016/17.

And WA producers will be able to fine-tune their future research priorities at a Meredith forum on June 28.

Regionally-focused priorities have been identified by southern WA producers through the WA Livestock Research Council, which is driving Meat & Livestock Australia’s regional consultation model in the State.

WALRC Coordinator Erin Gorter said producers will be able to have their say on what the levy-payer funded RD&A priorities for 2017/18 should be at the next producer forum next Tuesday.

“Feedbase management stands out as a high priority for WA producers, as they recognise the importance of focussing not just on the animals, but also what they eat, in order to express their production potential. This has been valuable feedback to MLA in setting its funding objectives.

“Regional consultation through WALRC is an ongoing process that provides sheep and grassfed cattle levy payers and other interested parties an opportunity to share their thoughts on RD&A that would assist them in their businesses.

“I encourage anyone with ideas or issues they would like to see addressed, to get involved in any of the ways available – forums, workshops, through existing groups, email or phone calls. As WALRC Coordinator, I am always available to provide that linkage to give a voice to producers in the RD&A space, she said.

“The Merredin WALRC forum will be a great chance to come along and hear what is already happening in sheep and grassfed cattle RD&A, as well as to have input into the issues affecting you and your business.”

RD&A project proposals that address the priorities identified by WA producers for 2016/17 – including feedbase management – are now being reviewed by an independent expert panel of leading scientists and extension professionals.

For more information about the regional consultation process and the members of WALRC visit the MLA website: http://www.mla.com.au/About-MLA/RD-Consultation

Photo caption: WA Livestock Research Council (WALRC) Coordinator Erin Gorter said producers will be able to have their say on what the levy-payer funded RD&A priorities for 2017/18 should be at the next producer forum on Tuesday, 28 June, at Merredin.