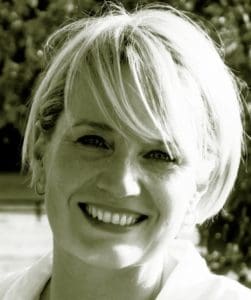 AUSTRALIAN agriculture can’t afford not to be a part of any economy-wide net zero emissions target, according to Farmers For Climate Action chief executive officer Wendy Cohen.

The Farmers For Climate Action group this week said a suggestion by deputy Prime Minister and Nationals leader Michael McCormack that agriculture could be excluded if Australia was to commit to net zero emission by 2050 was “out of touch.”

In response to Mr McCormack’s comments, Ms Cohen said the Australian agricultural industry is already working to reduce its carbon emissions and should aim to reach net zero by 2030.

“Far from needing to be left out of a national net zero target, farmers want funding for research and development so they can accurately measure their emissions, reduce them and continue to compete in a low-carbon global economy.”

Ms Cohen said Australian agriculture is already leading the way in reducing its carbon emissions and it will continue to do so, whether it is included in a net zero emissions target or not.

“However, without governmental support this work becomes much more difficult.

“Long-term and interim emissions targets set by government are crucial for all Australian industries and communities,” she said.

“They send a clear signal that the government is serious about leading and will no longer allow Australia to be seen as shirking its international responsibilities.

“This has important implications for our farmers’ reputation in a highly competitive global marketplace and for Australia’s ability to negotiate in the best long-term interests of our farmers.”

Ms Cohen said emissions targets will help to ensure agriculture doesn’t continue to shoulder an unfair burden on the road to 2050.

“Right now, without any formal disincentives to pollute, the coal and gas sectors are growing, while no other sector has reduced its emissions more than the land.

“Emissions targets would also create more certainty and coherence in policymaking, better enabling farmers to plan for the long term,” she said.

“Without emissions targets, and all the support that should go with them, politicians are gambling with our farming future.

“It’s important to differentiate between emissions targets and the tools that get us there,” Ms Cohen said.

”It does seem that Mr McCormack is confused about this and hence risks creating even more confusion and frustration in farming communities. “

Ms Cohen said agriculture had already seen a decade of stop-start policies and funding for research, development and extension support.

“So, the federal Carbon Farming Futures programme, for example, started to make real progress in helping farmers get to grips with what they can do to account for carbon on-farm, reduce emissions, and raise farm performance.

“And then it ended,” she said.

Similarly, there doesn’t seem to be any clear idea of whether the Climate Research Strategy for Primary Industries (CRSPI) will continue or, if not, what will replace it.

Ms Cohen said the RD&E bodies can only do so much without long, loud and clear policy signals and support from government.

“It says that RD&E investment in managing climate risks, including the risk of being left behind by the rest of the world, is a low priority,” she said.

“The flow-on effect is that farmers will continue to struggle to understand climate and carbon issues, and struggle to have cost-effective tools and strategies to measure and mitigate on-farm.”

Ms Cohen said a recent ABARES report made it clear that, unless the government lifts its game, it will be in a substantially weakened position to influence the rules of a rapidly changing, increasingly competitive global marketplace.

“This echoes advice by international law firm Norton Rose Fulbright that agriculture faces a market being shaped by climate and carbon risks and opportunities.

“Put simply, Australian agriculture can’t afford not to be a part of any economy-wide net zero emissions target.”

Australian ag should aim at net zero emissions by 2030

“Farmers are also keenly aware that the global economy is increasingly moving towards a low-carbon future, where trade barriers and carbon tariffs will soon be in place.

“In that environment, high-emitting countries risk being left behind,” she said.

“The Australian agricultural industry should be working towards reaching net zero by 2030 and in doing so giving itself an edge in global markets.

“Rather than being omitted from a national target of net zero by 2050, Australian farmers are calling out for extra funding for research and development, so that they can reach net zero quickly and continue to provide high quality food and fibre to the world.”