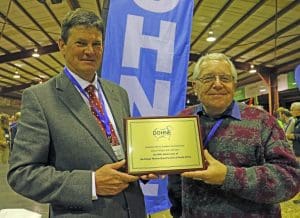 FUTURE challenges for the Dohne breed lay with combining Dohne and Merino breeding values, increasing the use of genomics and widening the use of non-Dohne genetics.

They were key messages heard by national and international delegates at the inaugural Global Dohne Conference hosted by the Australia Dohne Breeders Association.

The conference at Dubbo on July 21-22 drew 44 international delegates from South Africa, Uruguay, United States and New Zealand, and 139 from five Australian states. It followed the first global showing of Dohne sheep in 40 years at the Australian Sheep and Wool Show in Bendigo. 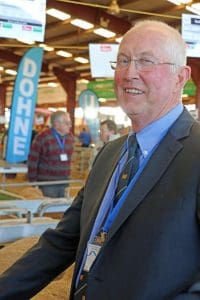 Australian Dohne Breeders Association technical adviser Allan Casey said the buoyant lamb and wool market had driven evolution of the Dohne in recent times. He said the Dohne had the right balance of wool and meat production for the Australian market.

“The Dohne is unique – a passion of wanting to develop a better sheep has what led to the Dohne.

“It ticks all the boxes – we have meat, wool and high fertility.’’

South African Dohne Merino Breed Society president Koos Vosloo said the challenges for the future lay with more complex breeding objectives balanced against the cost to the breeder. Marketing needed to be focused on crossbreeding and international expansion, he said.

“We are a little jealous of Australia as you can export semen and genetics all over the world – South Africa’s veterinary protocols jeopardise the effective exchange of genetic material.” 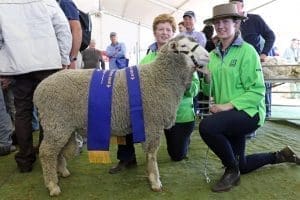 “The benchmarking of the breed, even against Merinos, is important. The continued involvement in sire evaluation trials and opportunities to enter teams of wethers in wether trials to test our genetics.”

The breed has moved from the original 50:50 wool and meat index in 1998 to a 70pc wool and 30pc meat focus in 2007. Last year, this was further streamlined to maintain fleece weight and maximize production in meat traits.

The weightings are 56pc on body weight, 34pc on eye muscle area, 8pc on reproduction and 2pc on both fleece weight and fibre diameter. 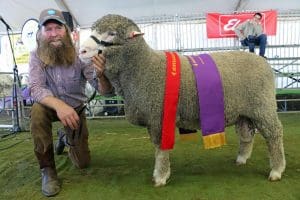 He said the evaluation of using non-Dohne genetics (dual-purpose Merino) was one way of progressing the breed.

Commercial breeders thought of the Dohne has both highly productive and selectable, Mr Casey said.

“There is a quality assurance program put in place to allow breeders to be confident about the information.

“We continue to drive the breeding in a dual purpose way – meat, wool and surplus sheep, and we are trying to adjust that breeding to match the current market.’