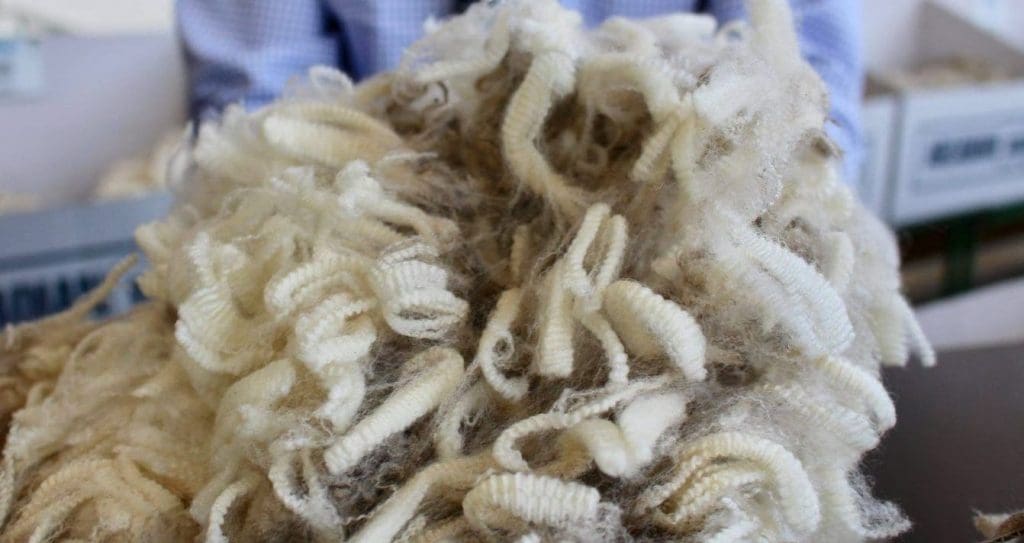 CROSSBRED wool prices made the largest percentage gains in a slight rebound in overall auction rates across Australia this week.

The Australian Wool Exchange said the market recorded a small overall gain in this series, although the different sectors of the market had varied results, almost entirely driven by micron.

AWEX said the crossbred sector has been tracking downward for weeks, with some Micron Price Guides coming close to record lows — the 28 micron MPG in the south last week hit its lowest point in 21 years.

However, the crossbred sector bounced back strongly this week, AWEX said.

“In percentage terms, the rises in the crossbred sector MPGs were the largest for the week.”

The national offering fell by 2757 bales to 39,360 bales, with 10.3 percent passed in, and despite the reduction the overall offering this season continues to track well above last year.

Compared to this time last year there has been 129,674 more bales put through the auction system, an increase of 28.4pc, AWEX said.

“Buyer demand for Merino fleece types broader than 20 micron was high and the strong competition on these wools helped to push prices higher.

“This was reflected in the individual Micron Price Guides (MPGs) for 19.5 micron and broader which rose by between 30 and 53 cents across the country.”

AWEX said this same strong buyer sentiment was lacking in the finer microns, which lost ground.

“This was again reflected in the MPGs for 18 micron and finer which lost between 13 and 71 cents.

“The prices achieved for microns between these two groups was erratic and varied between centres.”

AWEX said the large gains on the first selling day in some Merino microns, combined with gains in all other sectors, helped to push the AWEX Eastern Market Indicator up by 14 cents.

“The second day the losses in the finer Merino types prevented a further rise in the EMI, which dropped by 7 cents.

AWEX said a notable event this week was a line of 11.7 micron Merino fleece wool that sold for 21,000 greasy cents.

“This was the highest sold price achieved at auction since June 2015.”

Australian Wool Innovation trade consultant Scott Carmody said buyer confidence was strong to begin with, as some new business had been written pre-sale, but that prompt demand appeared to have been easily met and overseas users were unwilling to meet the new price levels on most Merino qualities.

He said the EMI closed 0.5pc up though at 1340c/kg clean, but in all other currency conversions, the prices went to the favour of the off- shore buyers.

“The US$ EMI dropped 0.5pc to a week’s close of US998c/kg clean, indicating a slightly softer buying intent, as the forex rate of A$ v US$ went 1pc lower which made the A$ gains.

“The Fremantle selling centre results were again a highlight of the week’s activity as the Western Market Indicator (WMI) gained a strong 34 cents to 1402c/kg clean,” he said.

“Sale lots around the 20 micron area came under particularly strong competition,” he said.

“Price differentials to the finer microns had been considered too wide for some weeks by many buyers and they saw these wools as good value.

“These wools are the types most readily traded, so therefore are of much lower risk in a long-term inventory.”

Mr Carmody said Merino types finer than 19 micron were still in demand, but for the first time for a few months, some price sensitivity became apparent as buyers funds were sent to broader wools.

He said crossbred wool types were perhaps the brightest section of the market as improvements of 35 to 50c/kg clean were made to their long-struggling levels. On many of the broad wool microns, this represented gains of over 10pc to grower returns. Carding gained 15 cents.

Next week, 40,700 bales are being offered on Tuesday and Wednesday.