Call for mandatory pain relief for sheep wounded in sheds 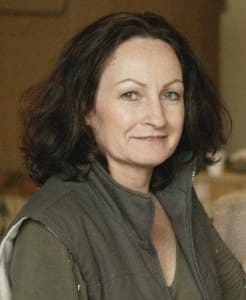 The proposed standards and guidelines, released recently, but awaiting government endorsement, state that care should be taken when shearing and crutching to minimise cuts, and severe cuts should be treated at the first reasonable opportunity.

But although the standards state that a person must not strike, punch or kick a sheep in an unreasonable manner, they make no mention about pain relief for sheep injured during shearing.

Animal rights group People for the Ethical Treatment of Animals recently condemned the stitching of sheep cut during shearing without pain relief, in an expose of cruelty in some Australian shearing sheds.

Pain relief drug should be in every wool wool shed

Animals Australia executive director Glenys Oogjes said the mulesing anaesthetic Tri-Solfen was already available and should be in every shearing shed.

“Of course it should be mandatory for mulesing and for other surgical practices.

“The proposed sheep standards are totally unacceptable in this regard and lagging way behind community concerns and a humane approach to farming,” she said.

“When other pain relief drugs and application technologies become available, for example — Meloxicam – they will also contribute greatly to reducing the pain and suffering inherent in these practices.

“In light of the recent further revelations in regard to shearing abuses, and the known severe suffering caused by mulesing – we cannot understand why the sheep producers are themselves not demanding that all shearers and mulesers are trained before they lay a hand on sheep, and that all mulesing, by law, has to use pain relief, whilst mulesing continues.”

Proposed welfare standards and guidelines will not protect sheep

Ms Oogjes said moves toward training of shearers and mulesing contractors with mandatory pain relief should be made during the current review of the national sheep standards and guidelines.

“The current draft will not adequately protect sheep, and consumers and the community will continue to lose confidence in the sheep industry and its products.”

Letchford says it is necessary to mandate against cruelty

Shearing Contractors Association of Australia secretary Jason Letchford said he had no problem with mandatory pain relief for sheep cut during shearing and supported moves by Tri-Solfen manufacturer Animal Ethics for approval to use the pain relief drug for use on shearing cuts. Shearing contractors have been advised to use Tri-Solfen on shearing wounds requiring stitching until a better option becomes available, though there was no product registered for that use.

“If you’ve got a solution that is going to cost just 80 cents or a dollar, why not make it mandatory for the sake of a $2.8 billion industry?

“No-one likes being told what to do, but it would have been in their best interests in the mulesing debate to make pain relief mandatory because all woolgrowers would have benefited,” he said.

Mr Letchford said it was once thought unnecessary to specifically remind people they shouldn’t hurt animals.

“We know that’s not true now, we know you’ve got to legislate this stuff.”

Animal Ethics managing director Alan Giffard said the company was seeking regulatory approval to extend the claim for Tri-Solfen to shearing wounds, castration and tail-docking. Its use would cost 15-30 cents a sheep.

WoolProducers of Australia president Geoff Fisken said shearing cuts requiring stitching were not a major problem in sheds, but WPA believed strongly in the use of pain relief where applicable.

“But there is no registered product for shearing cuts at this point in time – that’s the first hurdle.”

Mr Fisken did not favour mandatory pain-relief use for shearing wounds, but would like to see it become industry best practice.

“I think people respond better to the carrot approach than the stick.”