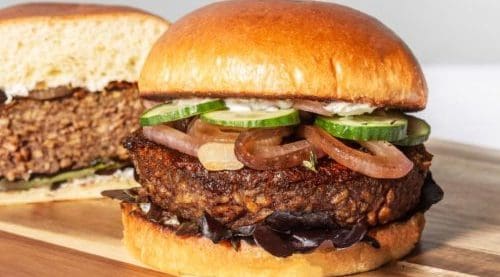 The San Francisco-based company raised the money in a Series A funding led by plant-based venture veterans Unovis – an early investor in Oatly and Beyond Meat – with Bessemer Ventures Partners, AgFunder and KBW Ventures bringing total investment to $18.05m since the company’s founding in 2019.

“We’re in the business of giving consumers access to the most delicious meat variety, using plants instead of animals,” he said.

“Black Sheep Foods’ lamb is shockingly good; as someone who has grown up with this taste profile, I couldn’t believe the authentic mouthfeel and flavour,” Prince Khaled said.

“With taste being a vital aspect of customer adoption, Black Sheep Foods will easily dominate amongst plant-based meats.

“There’s a whole range of taste profiles that Black Sheep will be able to explore, especially with the company’s technology, allowing for an amplified flavor, excellent texture, and a strong nutritional profile.”

Earlier in June, KBW Ventures also invested in a $40 million Series B round in Eclipse, a California-headquartered food startup that manufactures plant-based ice cream and dairy products.