Biological weed control is a priority in NSW stock reserves 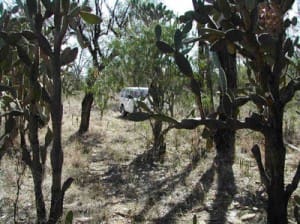 CENTRAL west New South Wales landowners, managers and weed officers will get the latest on biological control of weeds at a series of field days this month.

Landholders, weeds officer and anyone else interested is invited to attend the field days in Narromine, Coonamble, Condobolin and Grenfell.

Owner of weedbiocontrol, Barry Sampson, will be presenting at the field days. He has 30 years’ experience in biological control of weeds with NSW Agriculture, CSIRO and other bodies.

Mr Sampson said it was not widely known that a wide range of weeds could not be controlled biologically – including blackberry, thistles, horehound, Paterson’s Curse and prickly pear.

“Some of this saving millions of dollars,” he said.

“Biological weed control is another tool to manage particular weeds on our TSRs.

“It is inexpensive due to reduced chemical and labour costs.”

Ms Holcombe said to complement the service’s current chemical control it is exploring the options of biological weed control.

Specific biological control agents will be released at the field days and information will be available about all agents available, symptoms, spreading agents and more.

BBQ lunch provided. RSVP for catering purposes and directions to Peta Holcombe on 0400 349 181 or [email protected]