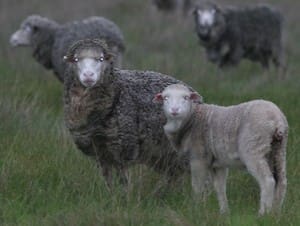 HALF of Australia’s flock owners will be trained in the latest lamb survival skills by 2019, aided by a tripling of Australian Wool Innovation’s investment in ewe reproduction over the next four years.

New AWI, MLA and other industry and government funding will support a new Mob Size research program, with an on-farm network of top producers, and the appointment of renowned sheep researcher Dr Andrew Thompson as the new Program Manager of Reproduction for AWI.

AWI is aiming to lift the participation rate of its highly successful Lifetime Ewe Management program to 50 percent of the national flock by 2019, assisted by regional variants of the program.

LTEM is a farm based course developed and delivered through Rural Industries Skill Training or RIST, which trains wool growers and other sheep producers to match animal energy requirements with pasture production and supplementary feeding to maximise reproduction, production and animal welfare.

“But we also want to explore the next opportunities around genetics and management to further improve reproductive efficiency.

“It is important to continue the momentum.”

He said expansion of the LTEM program represented a critical opportunity to lift the national flock reproduction rate, particularly for Merino-to-Merino joinings, in the shortest possible space of time. It would also help the industry arrest the decline in wool clip volume.

LTEM was initially subsidised by FarmBis, but when that program ended, AWI underwrote each LTEM participant by about $1200 for the $2100 course.

At the start of the 2015 calendar year RIST had a two-year waiting list for the LTEM course.

“We went to the AWI board to bring some money forward and signed up the LTEM program with RIST with 600 positions in one year.

“That is groups that are starting now; a lot of them are well underway – the programs is bolting,” he said.

The current LTEM program is already completely subscribed and RIST now has another waiting list developing.

“Our board has given indicative approval for the budgets for the entirety of the next AWI strategic plan and the reproduction budget for that is on average going to be about $2.25 million annually and this year – 2015-16 – it is about $1.87 million.”

“We will have potentially tripled the average annual spend from about $725,000, but not all of it will go to LTEM.”

Dr Swan said up to about $1 million potentially annually will go into LTEM, but that will be less than half of the annual recurrent spend.

Mob size research the next stage

Last month the AWI and MLA boards approved a major investment in a new project investigating the impact of mob size on reproduction. AWI is the lead investor, with other participants including the Victorian and NSW state governments, Elders and Murdoch University in Western Australia.

“There is a national program of on-farm research looking at tightening up the recommendations about mob size for twin bearers.

“Anyone who has done LTEM knows that there is some early data that shows that mob size is very important and is particularly critical for twin-bearing ewes; it has a major impact on lamb survival,” Dr Swan said.

“We’ve made a major commitment to vastly ramp up the collection of data across South Australia, Victoria, New South Wales and Western Australia.”

AWI will also be looking at accessing Federal Government funding for research and development programs.

“We ourselves have put 2100 people through LTEM and about 1000 went through course before AWI began funding it, with another 600 completing the course in the next two years,” he said.

“We will end up with about half the national flock either in the course or having done the course within three years.”

Economic impact of more LTEM graduates will be huge

“We’ll go from the average ewe rearing three lambs in her lifetime to rearing four lambs in a lifetime.”

AWI also wanted to treat LTEM graduates as an alumni, with the mob size project providing advanced LTEM ideas as the platform for further network-based research across 35 farms.

Dr Swan said the economic impact of increasing reproduction in half the national flock through LTEM would be huge. Reproduction gains were also integral to MLA achieving its growth targets, particularly for lamb turn-off.

“For us, what that will mean is that there will be a lot of lambs that will be slaughtered but also shorn,” he said.

“This will be one of the way that we will halt the decline in our clip volume without blowing it out and we will certainly have a major impact on the productivity of Merino and other enterprises.” 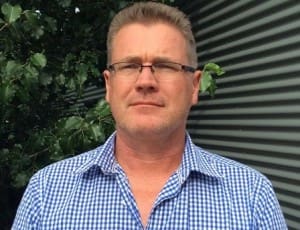 Dr Thompson, the Associate Professor of Animal Science at Murdoch University in Perth, will guide research opportunities, renew strategy and deliver further extension. He is well known across the country for his research leadership of sheep production systems, especially in the area of reproduction.

Dr Thompson has managed many large national projects for AWI and MLA over the last 15 years including the AWI-funded Lifetime Wool Project and subsequently co-developed the LTEM program. He will remain at Murdoch University and be employed by AWI on a part-time basis.