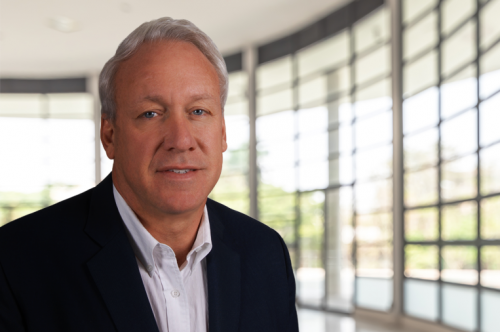 Mr Olsson is a founding director of the Australian Wool Growers Association which less than a week ago recommended that AWI shareholders vote for alternative election candidates and against re-standing directors Wal Merriman and David Webster, and Dr Humphries, the other member of the ‘Merriman’ ticket.

Dr Humphries, Mr Merriman, Mr Webster and Mr Henderson were recommended to shareholders by AWI’s board nomination committee and the former three were were chosen by the AWI board to share in undeclared proxies in the election.

In a Twitter post this week Mr Olsson declared: ‘I fully support Michelle Humphries as a suitable AWI board candidate. An amazing lady, with vast sheep science experience, a real advocate for the Aussie wool industry.’

Mr Olsson has sent the comment piece below to Sheep Central, explaining his position. He also said he remained an AWGA member and director, but believed strongly in his right to be a dissenting voice, and did not agree with the action of voting against candidates in an election.

Mr Olsson abandoned his attempt to stand in the 2019 election after failing to get 100 shareholders signatures verified by AWI and Link Market Services and unsuccessfully contesting AWI’s ruling on his nomination.

Mr Olsson said he is not concerned that his support of Dr Humphries would be perceived as undermining AWGA’s election position.

“No, because AWGA’s great strength is its independency; we don’t believe in groupthink.

“If an issue is so important, we have always welcomed an alternative view publicly,” he said.

“In this case, I am not saying AWGA is wrong, to a degree.

“I’m saying I just support Michelle Humphries, because she is a fantastic and wonderful candidate,” Mr Olsson said.

Mr Olsson has been critical of Wal Merriman’s leadership of AWI and it was assumed by some that the AWGA director would not support Dr Humphries by association.

But he said: “Everyone standing should be welcome as to their strength and passion for the industry.”

The result of the 2019 election will be announced at AWI’s annual general meeting in Sydney on November 22.

Who is best to lead and represent Australian wool growers? 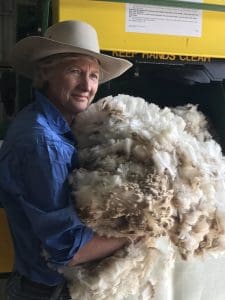 “It has been said that the Australian wool industry is a nation of 50,000 prime ministers. We are all passionate, highly professional, politically aware and genuinely tough people, who have to use their wits every day to survive the harsh extremes of this country.

Today, in this moment of wool history, we stand at a crossroads of making political decisions for AWI board directors that could very well echo into the future. Who is best to lead us and represent our best interests? That is the $2.5 billion question.

It is highly pleasing to see so many candidates standing for the AWI board, new faces and some old, it doesn’t matter. Political passion is the lifeblood of any industry. Most important for me, is to choose candidates who know and understand what it is be a director of a levy company, people who understand the fundamental basics of what can be done with levy funds.

For me, we are lacking a strong science-based set of directors, the only one in recent times, the brilliant Dr Meredith Sheil sadly departs the board this month, leaving a huge gap in our research oversight. Also, we have a definite imbalance of gender at AWI, something that the AWI board nomination committee should have considered more closely.

In this regard, board candidates such as Dr Michelle Humphries brings a refreshing perspective to AWI. Her science/sheep veterinary background is world-class.  She is strongly independent, and is a passionate advocate of growing wool. She is pro-farmer and has vast experience in the paddock and laboratory, working with sheep genetics and sheep health. We must encourage people like her to join our board, now and in the future. Quality candidates with new skills are urgently needed if we are to begin the long path of rebuilding the merino flock with highly productive sheep that produce more wool and meat.

Further, I would like to congratulate all the candidates, and wish them all the best of good fortune in the coming election. The responsibility they will be given will be enormous.

My final comment is this. After this election is concluded, AWI must be governed better and with more professionalism. There are many brilliant opportunities for wool in this tired planet, where wool’s credentials need to be marketed and exploited as a real planetary saviour. Michelle Humphries is one such believer and deserves our support.”