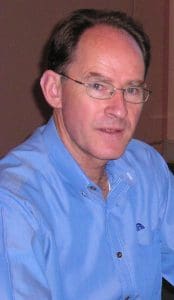 AUSTRALIA’s leading sheep parasitologist, Dr Brown Besier, is drawing the curtain on a 47-year government career which has delivered the industry major breakthroughs in the management of worms.

Dr Besier, principal veterinary parasitologist at the Department of Agriculture and Food WA, was instrumental in the development and introduction in 2014 of the Barbervax vaccine to Australia, as well as a new ‘targeted treatment’ approach to worm control.

Dr Besier was also a member of the Sheep CRC’s executive and led its parasite control program for more than a decade, driving the establishment of the popular WormBoss and ParaBoss websites.

ParaBoss executive officer Dr Lewis Kahn said the Barbervax breakthrough, in collaboration with the Moredun Institute in Scotland, was a “massive contribution” to the industry in Australia and around the world.

“Barbervax is the first vaccine for gut-dwelling round worm control brought to market in the world, even though people have been trying for decades.

“The vaccine has provided barber’s pole control to endemic areas and has been particularly useful in areas where there’s been entrenched drench resistance,” Dr Kahn said.

Dr Kahn said Dr Besier had also changed the way farmers approach worm control, both in Australia and around the world. His ‘targeted treatment’ approach features drenching of only those animals most susceptible to worms in order to slow the development of drench resistance.

Chief executive of the Cooperative Research Centre for Sheep Industry Innovation (Sheep CRC), James Rowe, said the full benefit of targeted treatment may not be fully realised for some time, with many of Dr Besier’s ideas ahead of their time.

“Brown has been outstanding as a technical leader in the field of parasitology, always taking on challenging tasks and doing them really well.

“I believe the targeted treatment practice will become more prevalent in years to come, particularly as we develop methods for enhanced management of sheep wellbeing and improved methods for identifying those animals that require treatment,” Prof. Rowe said.

Dr Besier said the CRC model was crucial to delivering these breakthroughs to industry by bringing together all of the major research and extension bodies operating in the sheep parasite space.

“On a national level we had never seen effective collaboration on that scale and, as a result of the integrated effort, we were able to do some very good work on parasite control, including the development of the ParaBoss suite of advisory tools,” he said.

Dr Besier’s career began in 1969 when he joined DAFWA as a veterinary cadet while studying for his veterinary degree at UWA and the University of Queensland. During university breaks, he was stationed at Albany, Narrogin and Bunbury experiencing clinical practice with departmental vets, and at South Perth in the Animal Health Laboratories.

Following graduation, he was posted to Albany where he undertook district veterinary officer duties. He was then posted to the Kimberley and subsequently spent four years working in the Kununurra and Derby offices where he was involved in the TB and Brucellosis eradication programs.

His next move was to Merredin where he developed a keen interest in pig husbandry and medicine as part of his district veterinary officer duties. However, parasitology was to become his passion, with a special interest in internal parasites of sheep and cattle, particularly barber’s pole worm.

“Over the course of my career I don’t think there has been a major animal parasite which I have not researched,” Dr Besier joked.

Dr Besier worked on the epidemiology of Barber’s Pole worm infection while completing a PhD through Murdoch University (1984-1991).

Numerous research projects ensued with highlights including contributing to the development of “summer drenching” worm control strategies identifying drench resistance as a major limitation on sheep production and co-authoring the world-first report of resistance to the new anthelmintic, ivermectin.

This research gave new impetus to the “CRACK” campaign as a DAFWA extension initiative for farmers, veterinarians and resellers, which was re-badged as “WormWise” under Dr Besier’s leadership.  For over 25 years the group produced a newsletter for farmers, held workshops for private veterinarians or new DAFWA personnel, ran practical worm egg count workshops for farmers and group members were regular attendees at field days and conferences.

The alarmingly high level of drench resistance in WA prompted Dr Besier to look to countries with similar problems, leading to collaborations with researchers in South Africa, New Zealand and the UK. Together, and with the computer modelling help from Dr Rob Dobson (CSIRO and Murdoch University), they investigated the concept of refugia and targeted treatment in WA to keep worms at low levels by retaining genes for drench susceptibility.

“Targeted treatment and understanding worm refugia are now seen as the things that will solve drench resistance globally in the long-term,” he said. “By identifying and only treating those animals that need help, we can extend the life of drenches and also start selecting sheep with genetics for worm resistance.

“The targeted treatment approach was a central component of the CRC’s program between 2007 and 2014 and it’s really exciting to see some regions now developing targeted treatment advice which farmers are adopting, as part of integrated worm management strategies.”

Dr Besier was president of the Australian Sheep Veterinary Society for the national conference in Albany in 2013, and was also co-convenor of the International World Association for the Advancement of Veterinary Parasitology conference, held in Perth in the same year. He has served on expert panels and scientific editorial committees, and has authored nearly 200 scientific publications. He has received numerous awards including the Department Award of Excellence and an Outstanding Service Award from the Sheep Vet’s Special interest group.

Dr Besier will retire from DAFWA and general parasitological work on July 14 but will remain a part time consultant for Wormvax (manufacturers of Barbervax) as vaccine production scales up to supply a widening market. He will also continue to sit on the ParaBoss steering and technical committees.

“The cooperation of my colleagues and the fantastic people I have worked with over the years has been what has kept me going, and apart from golf, there’s nowhere else I would rather have been.

“When I start packing my office into cardboard boxes it will be with a real pang of sadness.”

Dr Besier said he was looking forward to some life outside parasitology, but is not totally ready to leave the livestock parasitology world yet.

He has set up an entity called “Brown Besier Parasitology” and hopes to work part-time as a consultant. Dr Besier will still be involved with Barbervax production, and for a time with ParaBoss, and will maintain a connection with Murdoch University.